Kiara Advani and Sidharth Malhotra holidaying together in Maldives? 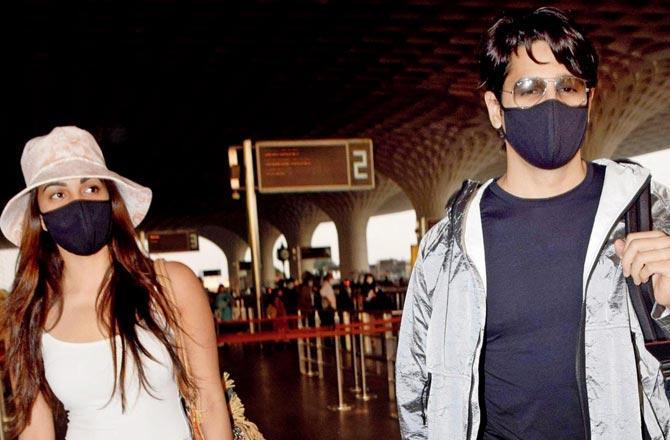 On Wednesday, Sidharth Malhotra and Kiara Advani were spotted at Mumbai airport. The buzz is that the rumoured couple jetted off to the Maldives to usher in 2021. Last December, the two had holidayed in South Africa. They did not post any pictures together, but the similar backdrops were enough proof that they were at the same location. Now, we hope to see them saath-saath in the snapshots.

During the promotional event of Laxmii, co-star Akshay Kumar gave the audience a hint about her relationship. On the sets of The Kapil Sharma Show, when the host asked Khiladi Kumar whether the actress was regarding her marriage, to which Kumar was quick to quip- “Yeh badi Siddhanto wali ladki hai.” The actress, listening to his response, couldn’t stop laughing.

Sidharth Malhotra and Kiara Advani are coming together for the first time in Vishnuvardhan’s Shershaah, a film that’s based on the life of Captain Vikram Batra, where Malhotra plays the titular character and Advani plays his fiancée Dimple Cheema. And if sources are to be believed, it was Johar who played Cupid for the two good-looking actors. The film is all set to release on July 3.

Kiara Advani’s dating life was questioned by many, and the actress finally let the cat out of the bag. In the talk show, No Filter Neha, the host of the show Neha Dhupia too quizzed the Burj Khalifa lady about her relationship status, to which, Kiara had a befitting reply! The actress shared, “So, I really like the status that says, ‘I am single till I’m married’. So, I’m not married, that’s why I’m single.”