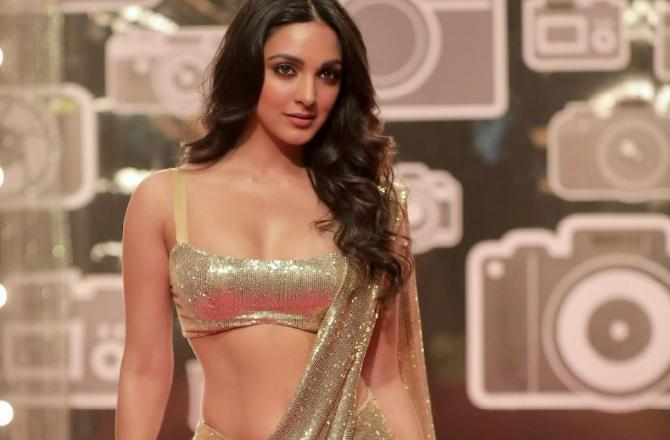 Bollywood star Kiara Advani treated fans to an alluring picture on Thursday. The ‘Kabir Singh’ star took to Instagram and shared a scintillating picture from the teaser of the song Heelein Toot Gayi. The song is a part of her upcoming film Indoo Ki Jawani.

In the picture, the Good Newwz star is seen sporting a golden shimmer saree with smokey with a glittery green clutch. Kiara looks stunning as she donned smokey eyes makeup and nude lip shade while she effortlessly poses for the lens. The Lust Stories star captioned the post as, “#HeeleinTootGayi.”

Celebrity followers including Athiya Shetty, Manish Malhotra, and more than one million fans liked the post within a few minutes of being posted. Many of the fans showered love on Advani by leaving heart emoticons in the comments section of the post.