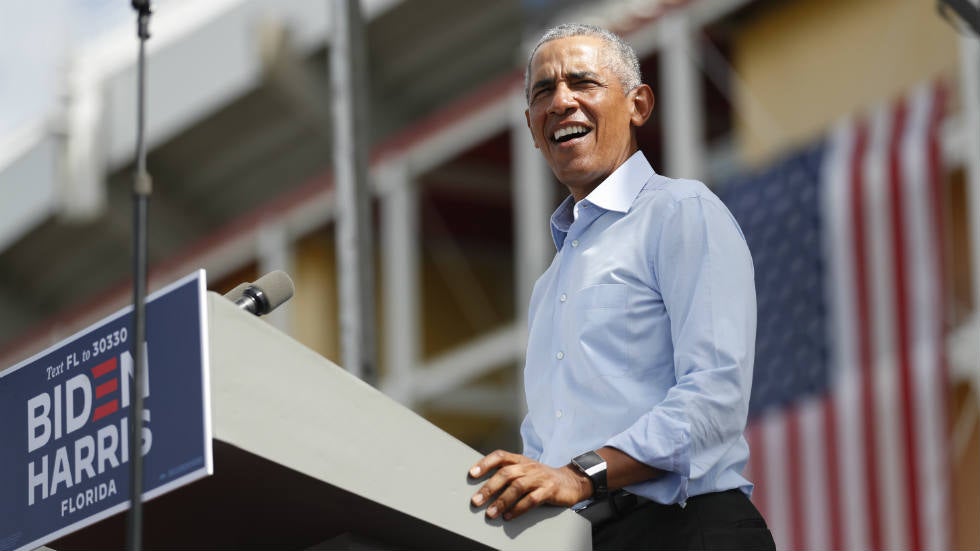 A man who made headlines as a kid by becoming the youngest person to interview a sitting president has died at the age of 23, The Palm Beach Post reports.

Barack Hussein ObamaTop Democrat buys Funny Or Die Michelle Obama describes Barack’s favorite movies: ‘Everybody is sad, then they die’ Obama calls on governments to ‘do their part’ in increasing global vaccine supply MORE in 2009. A Canal Point Elementary School student at the time, young Weaver asked the president several questions in an approximately 10-minute interview in the White House Diplomatic Room that fueled Weaver’s dream of becoming a journalist.

On May 1, Weaver died of natural causes, his sister Candace Hardy confirmed to the Post. At the time of his death, Weaver was studying communications at Albany State University in Georgia. He was looking forward to returning to school in the fall, Hardy said.

Hardy described Weaver’s interview with Obama as a “once-in-a-lifetime experience.”

“That’s the only way to describe it,” she added. “It was life-changing for him.”

Among the questions Weaver asked Obama was if the president had the power to improve school lunches and if Obama would be willing to play NBA star Dwayne Wade in a one-on-one basketball game.

Wade was among the other interviews Weaver conducted, as well as then-Vice Presidential candidate Sen. Joe Biden

“Dwyane Wade was impressive and he gave me good advice,” Weaver previously told The Palm Beach Post. “He told me to stick with my dreams. And he told me that I’m a ‘cool’ person.”

Weaver hoped to pursue a career covering sports upon graduating from college, said Hardy, who recalled her brother as an inspiration to young kids.

“A lot of people looked up to him,” she said, according to the Post. “With him being so young, he made a way for more students to engage in journalism.”