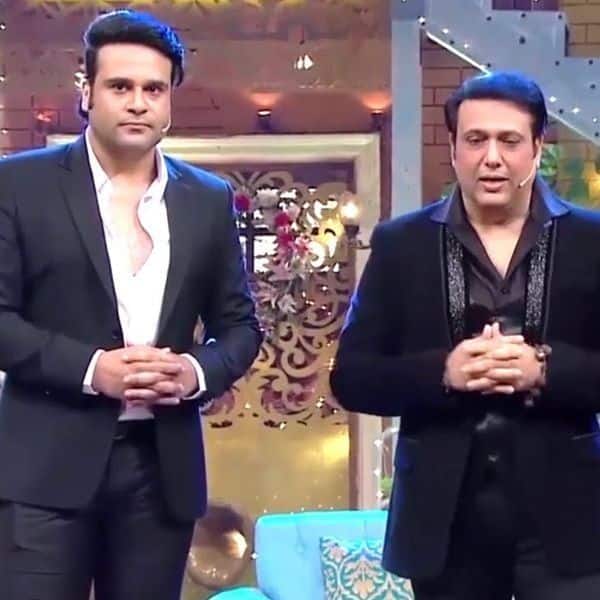 The feud between Krushna and Govinda has been going on for a while now. Last time, Govinda’s wife Sunita Ahuja had objected to Krushna performing in an episode featuring them. This time around, Krushna didn’t appear on The Kapil Sharma Show and the reason behind his absence was his fallout with Govinda who came as a guest. We have often seen Krushna using mama-bhanja joke in his gigs to tickle the funny bone of the audience. But when it comes to facing his Chichi mama, Krushna maintains a distance. However, he seems to be comfortable when his co-star Kiku Sharda uses Govinda’s name to joke about their ongoing feud. Also Read – Trending Entertainment News Today: Amitabh Bachchan as Michael Jackson, Ananya Panday-Ishaan Khatter head to the Maldives

In the weekend episode of The Kapil Sharma Show, Varun Dhawan and Sara Ali Khan along with the rest of Coolie No. 1 cast had come to promote their comedy film. To entertain them, Kiku and Krushna came dressed as Dharmendra and Sunny Deol. When Krushna blamed Kiku for saying something wrong, he said, “Chee chee aisi baat nahi karte.” To which, Kiku replied by taking a jibe at his feud with Govinda saying, “Chi Chi to aapse baat nahi karte.” And we all know that Govinda is fondly called as Chi Chi in the industry. Also Read – The Kapil Sharma Show: Anil Kapoor brings his brand of ‘Jhakaas’ to the entertaining comedy show – view pics

Earlier, Krushna had openly admitted that he refused to perform in front of Govinda because of their personal differences and didn’t want the show to suffer. “Yes, I refused to do the episode featuring my Maama Govinda, as there are some differences between us, and I didn’t want any of our issues to affect the show. For comedy to be effective you need to work in a warm friendly atmosphere. Laughter can only be generated in the midst of good relations,” he said. Also Read – Trending Entertainment News Today — Varun REVEALS Kartik and Ranbir Kapoor had warned him against working with Sara; Fans support Vikas Gupta after his emotional breakdown

Later, Govinda had reacted to Krushna Abhishek’s statement and told TOI, “I am utterly sad to talk about this in public, but it is high time that the truth came out. I read the report about my nephew (Krushna Abhishek) not performing on a TV show as I was invited as a guest. He also spoke about our relationship. His statement had many defamatory comments and was thoughtless.”

He added, “I’ve frequently been at the receiving end of Krushna and Kashmera’s defamatory comments — mostly in the media and some on their shows and stage performances. I don’t understand what they are gaining from all this. My relationship with Krushna was strong since the time he was a child; my family and people from the industry have witnessed it. I feel that washing dirty linen in public is an indication of insecurity and allows outsiders to take advantage of misunderstandings in a family.”