Kim Kardashian Is A Boss Lady In Her Leather Outfit; See Pics 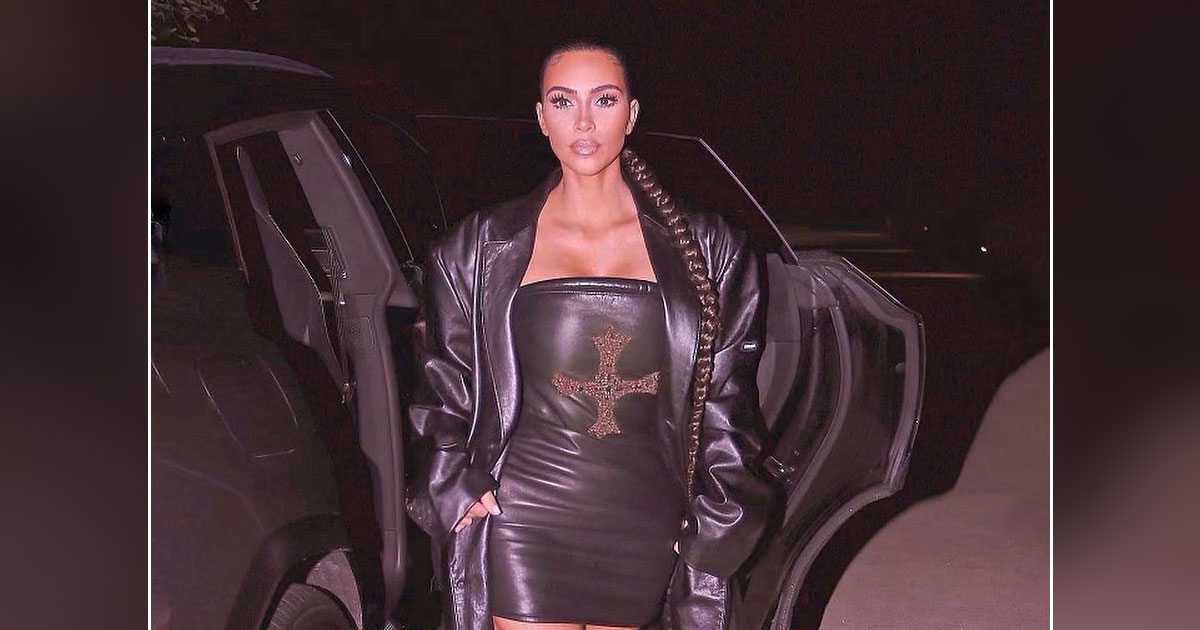 American reality TV star Kim Kardashian strikes a stylish pose in a new snapshot she has posted on social media, though she says she misses dressing up.

In the picture she posted in the early hours of Monday, according to India time, the Keeping Up With The Kardashian star is seen stepping out of her car. Colour-coordinated with the all-black power wheels, Kim is dressed in all-black, too. She wears a front-open black leather jacket that falls way below her knees, with a black leather off-shoulder short dress that has a cross embroidered on the torso.

Kim Kardashian adds to her minimalistic no-makeup look with the caption she writes on the picture: “I miss dressing up”.

Check out the picture shared by Kim Kardashian below:

Kim has lately been in the limelight with reports in the media of her impending divorce with estranged husband Kanye West.

According to recent media reports, the divorce is very much on, with Kim Kardashian and Kanye West hardly communicating.

“Kim and Kanye are doing fine living their separate lives. They’re communicating little but not as much as one would think. They say whatever they need to say [to each other]. There’s nothing going on in that department. She’s in LA, trying to keep the kids’ lives as normal. It’s a sad situation,” revealed a source close to Hollywood Life.

Must Read: Enola Holmes 2: Millie Bobby Brown Starrer To Have Moriarty As The Main Villain?