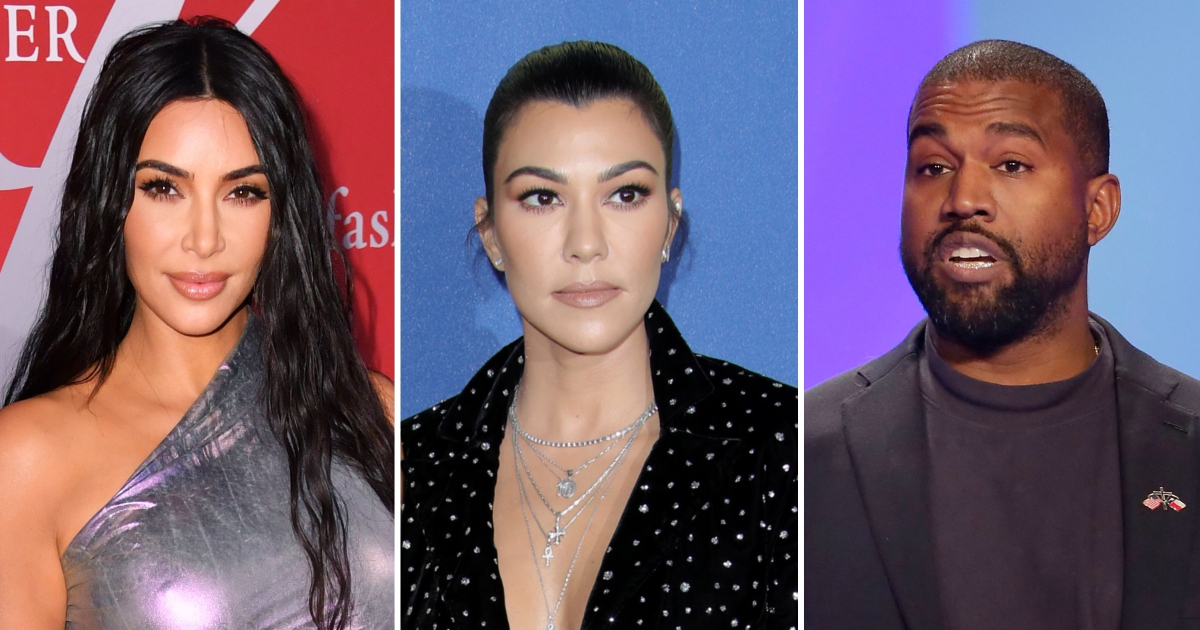 “When [Kourtney] and I show up matching in our [Skims] to bible study,” the Keeping Up With the Kardashians star, 40, captioned a photo on her Instagram Story of her and Kourt, 41, cuddled up in cozy sweats. She also added a sparkle and prayer hands emoji.

Kim and Kourtney’s religious meet-up comes two days after multiple sources confirmed to In Touch that the KKW Beauty founder “wants to move forward” with divorcing Kanye, 43, after nearly seven years of marriage.

Their relationship had “reached the point of no return,” and the celebrity pair have been “living separate lives for the past couple of years,” a source told In Touch at the time. “They spent most of the holidays apart and Kim is talking to divorce lawyers. She is serious this time.”

Kim’s plans to file didn’t “come as a shock” to their inner circle, considering their marriage has been publicly under strain for months, noted the insider. In July, the “Runaway” rapper went on a Twitter rant where he accused his wife and mother-in-law Kris Jenner of trying to “lock [him] up” and said he had been trying to divorce Kim for years.

The Selfish author later released a statement addressing her husband’s comments and his bipolar disorder. “Those that understand mental illness or even compulsive behavior know that the family is powerless unless the member is a minor,” the beauty mogul wrote via Instagram. “People who are unaware or far removed from this experience can be judgmental and not understand that the [individuals] themselves have to engage in the process of getting help no matter how hard family and friends try.” Kanye later publicly apologized and asked for Kim’s forgiveness via Twitter.

“Neither of them was happy with the way things were going. They tried papering over the cracks, but you can’t fix what is broken,” a source told In Touch about the reality star and “Flashing Lights” rapper’s impending divorce.

The mom of four has been spending a lot of time with her famous siblings as of late. One day prior to attending bible study with Kourtney, she posted a photo doing a kettlebell workout with Khloé Kardashian.

Leaning on family seems to be an amazing support system for Kim, who is “really trying to keep the peace” with the “Mercy” artist during their looming split, a separate source told Life & Style. She wants to “remain on amicable terms” for the “sake of [their] kids” — North, Saint, Chicago and Psalm.

“Kanye is a good father, and Kim wants him to be a prominent figure in the kids’ lives,” added the insider.

It looks like Kim is surrounded by her loved ones during this tough time.