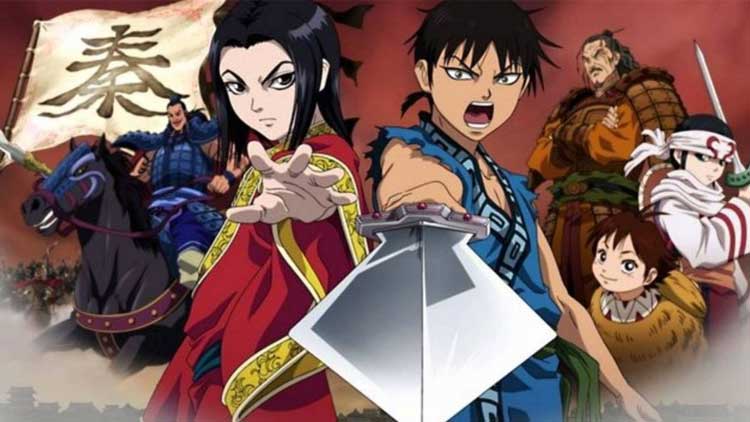 Kingdom is fantastic anime and undoubtedly does a great job of what it tries to portray. But even after all that it turns out to be an underrated anime and some may even argue it deserves more than it gets.

Since, Kingdom is already in its 3rd Season and reaching a decisive point, I decided to write about why you should watch kingdom and share my views on what makes it so entertaining.

First, let’s start with the anime story. It begins with the warring states of China and the struggles of soldiers trying to survive, gain ranks and fulfill their ambitions. The story mainly focuses on a war orphan Li Xin along with his best friend, Piao who shares his dream of becoming a Great General of their nation of Qin. The story has many twists and turns, emotional and raging moments all done in the proper way and pace.

Second, the portrayal of war in the show leaves its viewer on the edge of the seat. No doubt they have exaggerated certain some and undermine other aspects of the actual historical method of how the war was fought in China.

During those eras, but creators have made sure to give you everything you need to enjoy and understand what’s happening in an as simple manner as possible even when showing the complex strategies and brain bursting moments.

Third, the animation improves over time. The first season is the only one based with weird CGI animation but as the seasons progress the animation quality reaches levels that can leave anyone amazed. The setting of China, the battlefields, the mountains, the valleys everything just keeps getting better and better throughout every season.

Last, if just like me you too love some good action scenes in an anime, here you’ll find action-packed sword fighting, fist fighting, and the best of all fighting on the horseback. Kingdom takes its action scenes very seriously and crazily and knows how to astound its viewers even after the viewers are prepared for anything the anime can throw at them.

Is Kingdom anime worth watching?

Yes, Kingdom is a must-watch show, especially if you love any military or action-type anime. It is totally worth watching. The 3rd season will soon reach its conclusion with the final few episodes and its fans could only wait for the 4th season production news after the ending of the 3rd season.