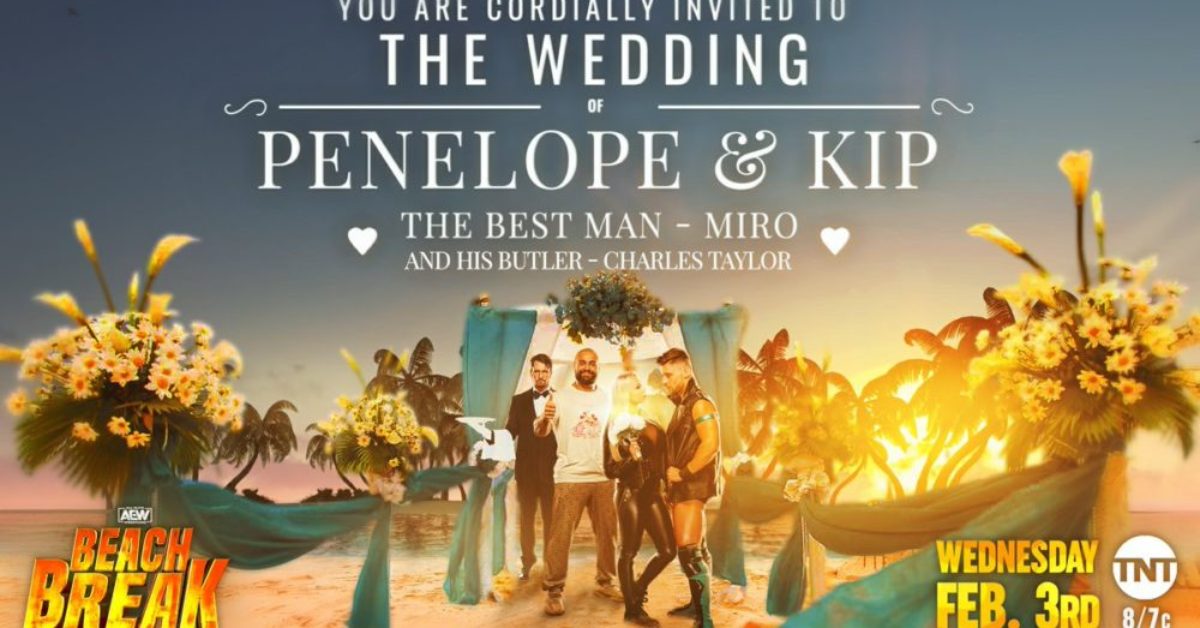 It’s still real to Kip Sabian and Penelope Ford, damn it! The wedding of Sabian and Ford scheduled for tonight’s special Beach Break episode of AEW Dynamite won’t be kayfabe, according to the couple. Sabian and Ford will legally tie the knot on Dynamite tonight, well, assuming their wedding isn’t interrupted by shenanigans. But how likely is that to happen to a wrestling wedding?

Okay, don’t answer that. Still, Sabian and Ford seem to mean it, as they discussed the wedding in great detail during an interview with TV Insider published earlier today. “We’re getting legitimately married,” insisted Sabian in the interview. “I obviously wanted my parents to be there, but they understand the situation. They’ll be able to watch from home.”

“My parents are having a watch party with my siblings,” Ford added.

Sabian said they would have a celebration for friends and family after the COVID-19 pandemic is over, but for now, they’re looking for their AEW friends to pick up the slack.

“I’ve already messaged my closest friends in the company making sure they bring their suits,” said Sabian. “I want the people in AEW we’re closest to to be there as well. Miro has a tux ready to go. I told Sammy [Guevara] to wear a suit. If he doesn’t wear a suit, I’m going to be very upset.”

Of course, regardless of what Sabian and Ford say, we’ll believe there won’t be, as Sabian says fans expect, “drama, shenanigans, and exploding cakes,” when we see it. For info on the set, the wedding dress, and more, read the full interview at TV Insider. Beach Break takes place tonight on AEW Dynamite, which airs at 8PM Eastern on TNT.