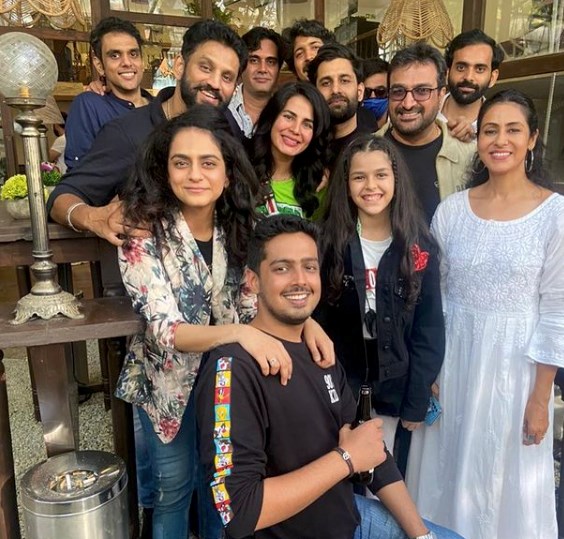 We as audience see the glitz and glamour in the film, but there’s a lot of hard work that goes into the making of any film. Every single department put in their labour of love to make a film successful. So when the film is appreciated by the audience, it deserves a success party.

Kirti Kulhari’s film ‘Shaadisthan’ which was recently released on Disney+Hotstar got good reviews from the audience and now the team was seen celebrating it with the success party.

Kirti shared a photo with the team of the film and wrote, “#shaadisthan #successparty to banti hai #sillybombay. To each and everyone who was a part of this journey -lots of love and best wishes.”

In the photos, we can see the crew of the team having a good time together.

Film Shaadisthan is  the story of a road trip taken by a conservative family who want to get their 17-year-old daughter married. It is directed by Raj Singh Chaudhary and features Kirti Kulhari, Medha Shankar, Nivedita Bhattacharya, Kay Kay Menon.

On the workfront, Kirti will now be seen in Vipul Shah’s medical thriller show ‘Human’ which will highlight the medical trials that have taken place all over the world for decades now. It features Shefali Shah and Kirti in lead roles.

Her show ‘Four More Shots Please!’ will also be back soon with its third season.