Kisan Nidhi not enough to cover losses suffered due to below MSP sale, say farmers 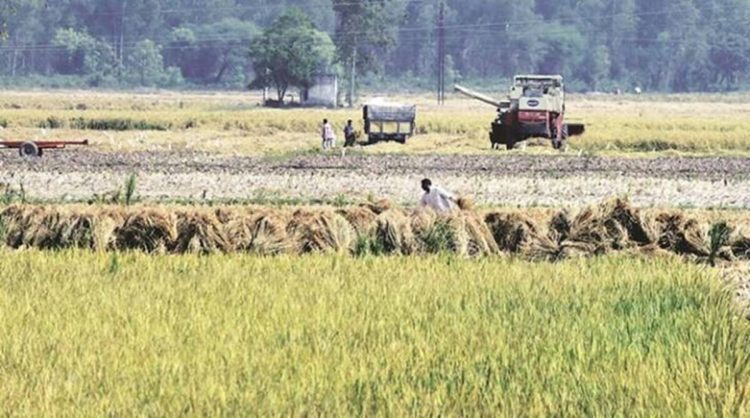 As the Centre government announced release of Rs 18,000 crores as a part of the last installment of Rs 2,000 each in the accounts of 9 crore farm households under the PM Kisan Samman Nidhi Scheme, several farmers said that amount may be huge, but one should see what is coming to every farmer. They asked how it will compensate them for their billions of crores in losses suffered every cropping season due to denial of assured price for their crops.

Farmers insisted that they needed an assured price for every crop instead of being treated as “beggars”.

“In our village there are small and marginal farmers with half acre to 5-acre land mostly. I also have half acre land out of which I get around 10 quintals paddy as on an average from one acre we get 20 quintals paddy yield here but from local trader we get only Rs 900 to Rs 1000 per quintal and when we take our crop to Gulab Bagh mandi, one of the biggest mandis in Bihar, where traders from Punjab come and procure our crop at the rate of 1,200 to 13,00 per quintal and then they bring that to Punjab via trains and trucks and sell in Punjab’s mandis at full MPS Rs 1,888 per quintal,” said Parkash Bihari, a farmer and labour contractor. Parkash, who hails from Bihar’s Madhepura district, comes to work in Punjab’s fields and mandis during wheat, paddy and potato season along with several labourers.

“Government too faces losses as 50 lakh tonnes of Bihar and UP paddy was sold in Punjab’s mandis this year at the rate of MSP by the traders. Though farmers from UP, Bihar did get little share of MSP, the major share was taken by the traders,” said a senior officer in the Punjab Mandi Board (PMB), adding that this is happening with every crop as farmers are not getting assured price.

In Punjab, maize grower Karam Singh said that he faced a loss of Rs 17,000 per acre for selling maize much below the MSP of Rs 1,850 per quintal. “Now, how can the government make us happy by giving three installments of Rs 2,000 each in a year after putting us under huge losses of several thousands every crop cycle,” he said.

“One can imagine the loss, which is in several thousands in one season that farmers are facing per acre by denying the MSP price. In case of moong dal alone they face Rs 16,000 loss per acre by not getting announced MSP,” said Jagmohan Singh, General Secretary Bharti Kisan Union (BKU) (Ekta- Dakaunda), adding that for instance if a farmer grows moong on 5 acres, he will face a loss of around Rs 80,000 in one cropping season.

One can calculate the losses of 9 crore farmers per cropping season which would be much more than the amount of the PM Kisan scheme, he pointed.

“If 50 lakh tonnes of paddy of UP and Bihar (for which the government paid full MSP in Punjab’s mandis to the traders involved in it) was purchased from the farmers there then at least Rs 9,500 crores would have gone into the account of these farmers against Rs 6,000 crores they got from traders and met a loss of around Rs 3,500 crores,” said a senior officer in the Punjab Food and Civil Supply department, adding that the losses are much higher because every farmers in Bihar and UP had not sold their crop to Punjab’s Traders.

“Why government is glorifying PM-Kisan Nidhi by giving Rs 6,000 to every farmer while they are losing thousands of crores per cropping season by being denied the right of assured price,” said a senior government officer.