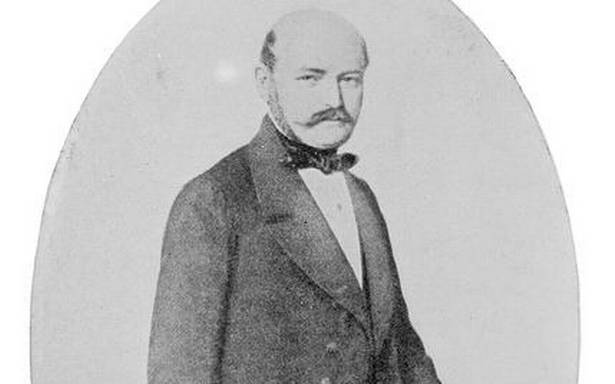 Today, more than ever, we are quite aware of the significance of handwashing in disease prevention. We have Ignaz Semmelweis to thank for introducing this life-saving procedure in the mid-1800s.

Ignaz Semmelweis (1818 – 1865) was an Hungarian physician who discovered the cause of puerperal fever (postpartum fever) and was the first to propose an antiseptic policy for physicians. It involved handwashing before and after each medical examination.

Ignaz Semmelweis was born in Hungary. After receiving his doctor of medicine degree from Vienna in 1844, Semmelweis decided to specialise in obstetrics. He began work at the Vienna Hospital, Austria, in 1846. At the time, the maternal mortality rate in Europe was as high as 25–30%. The leading cause was puerperal fever, an infection of the female reproductive organs, that was killing postpartum women.

Semmelweis noticed that women delivered by physicians had a much higher mortality rate than those delivered by midwives. He concluded that the problem was that physicians were handling corpses during autopsies before attending to pregnant women.

Dr Semmelweis theorised that cadaverous particles — microscopic particles from the corpses — would have transferred from doctors’ hands to the pregnant women, who would then fall victim to the same disease. In 1847, he directed his colleagues to start cleaning their hands and medical instruments with a chlorinated lime solution before each examination.

No sooner than not, the mortality rates due to puerperal fever began to drop drastically. But his superiors refused to accept his theory and he was met with harsh criticism.

In 1855, he was appointed professor of obstetrics at the University of Pest. Despite various publications of results where hand washing reduced mortality to below 1%, Semmelweis’ observations were largely dismissed. In 1861, he published a book of his findings in Etiology, Concept and Prophylaxis of Childbed Fever.

In 1865, he suffered a breakdown and was taken to a mental health facility, where he died. It was not until two decades later, when Joseph Lister and Louis Pasteur produced more evidence of the germ theory and antiseptic techniques, that the value of hand washing was appreciated.