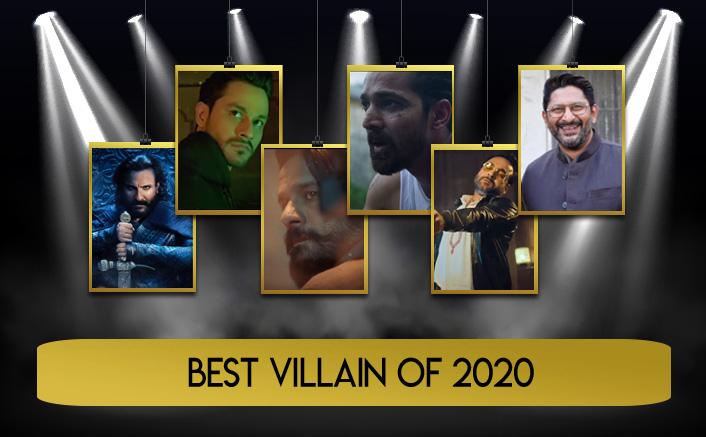 Koimoi Audience Poll 2020: In the world of cinema, the villain is as important as the hero. Just imagine, if there’s no existence of a negative shade, there will be no scope for a protagonist to shine. The year of 2020 thankfully brought us some raw and spine chilling performances. The list is full of talented names like Pankaj Tripathi (Ludo), Saif Ali Khan (Tanhaji: The Unsung Warrior) and others. We’re literally confused who is the best villain of 2020, so we give you the power to choose your favourite one as the winner.

Check out the nominees for Best Villain Of 2020 category:

Just like Ajay Devgn delivered a heroic performance, Saif thrilled us with his frightening aura in Tanhaji. His portrayal of Udaybhan Singh Rathore was menacing and the audience totally loved it. He added the much needed neutralising force to the hero of the film.

We hated for him as the villain but loved him for his performance in Malang. That’s Kunal Kemmu for you! One of the most underrated actors of Bollywood is getting much-deserved recognition lately. He nailed his layered character to deliver one of the best performances of his career.

Jaideep Ahlawat is the man who has come to a long way after being underutilised in films like Khatta Meetha. Thanks to his ‘born evil’ looks and ability to easily slip into the sketch, Jaideep made the villain who is a delight to watch in Khaali Peeli.

Harshvardhan is amongst the promising youngies of Bollywood. With a hero like personality, it’s hard to imagine him as an antagonist and that’s why he deserves a mention in this list. Playing in a different territory, Harshvardhan delivers the best performance of his career.

Pankaj Tripathi is one such rare actor who will make gold out of anything. And when a well-written character like Sattu is offered, no words are needed for the outcome. Just like his every other film, he nailed it in Ludo too.

We love Arshad Warsi getting stereotyped for comedy roles as we know he could make any lame joke a good one with his comic timing. But with films like Durgamati, he has got his chance to prove versatility. Despite an ordinarily written character, Arshad manages to deliver a ‘good’ antagonist.

Must Read: Mukesh Chabbra: “Response I Received For Dil Bechara Was Just Overwhelming”