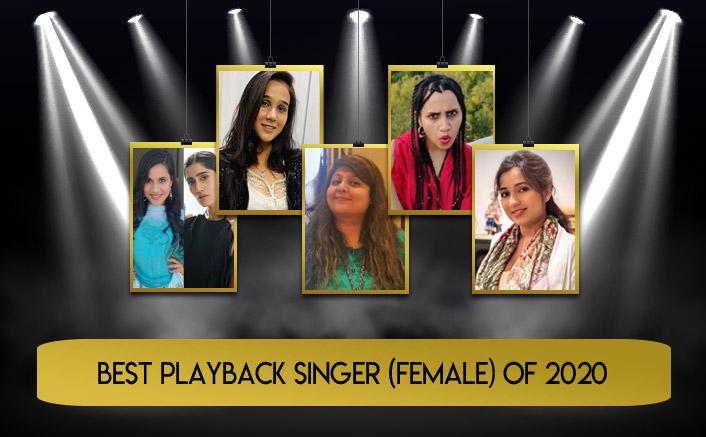 Let’s take a look at the nominees of the Best Playback Singer (Female) of 2020 below:

Nikhita Gandhi has given us some chartbusters this year. Her collaboration with Akasa Singh for Dhak Dhak in Love Aaj Kal remained another magical piece. The song composed by Pritam to the lyrics of Irshad Kamil remained a favourite in many playlists.

Another fantastic track penned down by Irshad Kamil. But it was the melodious voice of Shradha Mishra which turned it into a soulful track. Her association with Papon for this Shikara song took many to another emotional world for 4 whole minutes.

There’s nothing better than a song that can support an impactful screenplay. Similar is the case with Taapsee Pannu led Thappad which was perfectly backed by Suvarna Tiwari sung Hayo Rabba. The song was composed by Anurag Saikia to Shakeel Azmi’s hard-hitting words.

Nikhita Gandhi – Do You Love Me (Baaghi 3)

Another Nikhita Gandhi track, a proof of her versatility! Complimenting Disha Patani’s sensuous moves, the Baaghi 3 track was a massive hit amongst masses. It is a recreated version of Do You by the international artist, TroyBoi. The song became the talk of the town soon after its release!

Dil Bechara was special for many reasons, especially Sushant Singh Rajput. We saw him fall in love for the last time and there was none better than Shreya Ghoshal’s magical voice to showcase it. A.R. Rahman’s music along with Shreya and Mohit Chauhan’s collab with this track will remain a favourite for years!

Must Read: Koimoi Audience Poll 2020: From The Weeknd’s Blinding Lights To Harry Styles’ Watermelon Sugar – Vote For The Best International Track Of The Year