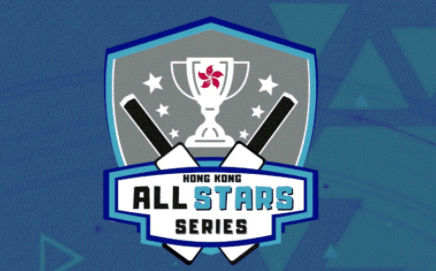 KOL vs HKI Dream11 Prediction, Fantasy Cricket Tips, Playing XI, Pitch Report, Dream11 Team and Injury Update of HK All Stars 50 Over Series 2021. The three-match series between the Kowloon Lions and Hong Kong Islanders is currently standing 1-0 in favour of Islanders, they will lock horns once again in the 2nd ODD on Thursday.

The 2nd match of the 3-match series will be played on Thursday 1st of April at Mission Road Ground, Mong Kok.

Hong Kong Islanders won the first match of the series by 11 runs, this match was a close contest and went till the last over. Highlanders posted a total of 399 runs for the loss of 8 wickets while batting first. Skipper Jamie Atkinson was the highest scorer for them, he scored 152 runs with the help of 15 boundaries and 7 sixes.

Kowloon Lions, on the other hand, had a poor start as they lost their first wicket early in the big chase but their other opener Nizakat Khan scored 158 runs with the help of 16 boundaries and 8 sixes, but could not help his side cross the target as he got out in the crucial phase of the game. Apart from him, no other batsmen showed real intent.

The temperature is forecasted to be around 21-24°C on the match day and the sky will clear and sunny, the humidity will be around 45% and a gentle wind of around 5 km/h will blow across the ground. The game will proceed as scheduled.

The pitch at Mission Road Ground, Long Kok is a batting-friendly wicket which was clearly evident by around 800 runs that were scored in the first ODD, top-order players, especially those having anchor roles, will be key from a fantasy perspective on this surface.

60% of the matches have been won by the chasing side here in recent 5 matches.

(Will be added when there is an update)

Jamie Atkinson is the skipper of the Hong Kong Islanders, he scored 152 runs in the previous game with the help of 17 boundaries and 7 sixes, he batted at number three and once again will be a promising captaincy option.

Nizakat Khan opened the innings for the Kowloon Lions in the last game, and scored 158 runs in a 400-run chase, he was phenomenal in ball striking and had great timing as well. He smashed 18 boundaries and 8 sixes in his innings.

Babar Hayat batted in the middle-order and was brilliant throughout his innings, he scored 70 runs and played the role of sheet anchor. He will be expected to do well once again.

Waqas Barkat scored a quick-fire fifty, he scored 55 runs in just 24 balls with a strike rate of over 220, he smashed 5 sixes and 4 boundaries in his short innings.

Suggested Playing XI No.1 for KOL vs HKI Dream11 Team:

Suggested Playing XI No.2 for KOL vs HKI Dream11 Team:

The venue has been a batting paradise, so it is important to pick the top-order batters that have anchor roles and players that can play big innings, it is also equally important that you pick bowlers that use variations and bowl in the death overs as the batsmen will give chances in the process of big-hitting.