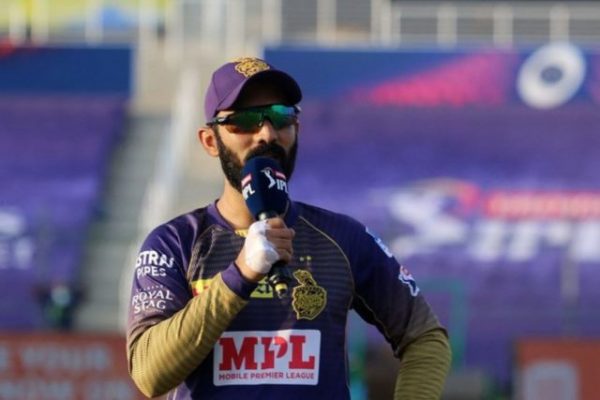 Meanwhile, the Knight Riders had roped in Karthik during the 2018 auctions for Rs Rs 7.4 crore. He was soon handed the captaincy after Gautam Gambhir ended his association with the franchise to join Delhi Capitals. Dinesh Karthik somehow led the team to playoffs that year but KKR crashed out from the league stage in IPL 2019.

The 2020 edition of IPL was also a bitter experience for the cricketer and a report in Insidesport suggests that Kolkata Knight Riders might lay off their former skipper. Dinesh Karthik had only managed to score 169 runs from 14 matches in the UAE at a paltry average of 14.08 including one half-century.

On the other hand, another senior cricketer Kuldeep Yadav is also likely to face the axe. The spinner from Uttar Pradesh, who joined the franchise in 2014, has been off colours in recent times. He has mostly warmed the benches in the last two seasons and Kolkata is keen to clear the spots to add junior cricketers in their ranks looking at the future.

In IPL 2019, Kuldeep Yadav only managed 4 wickets in nine matches and was also dropped. In IPL 2020, he only played five matches. The capped spinner was pipped by Varun Chakravarthy in KKR and at the national team as well.

Meanwhile, should KKR release the duo, they will add over Rs 13 crore going into the auction. Currently, they only have Rs 8.5 crores remaining with them with the mini-auction likely to take place on 11th February.

Moreover, Kolkata Knight Riders are also mulling to release Australian speedster Pat Cummins, who was bought by Rs 15.5 crore ahead of IPL 2020 which also made him the highest-paid overseas cricketer in the history of IPL.

The franchises have been asked to submit the list of their retained players by January 20, confirmed Brijesh Patel.