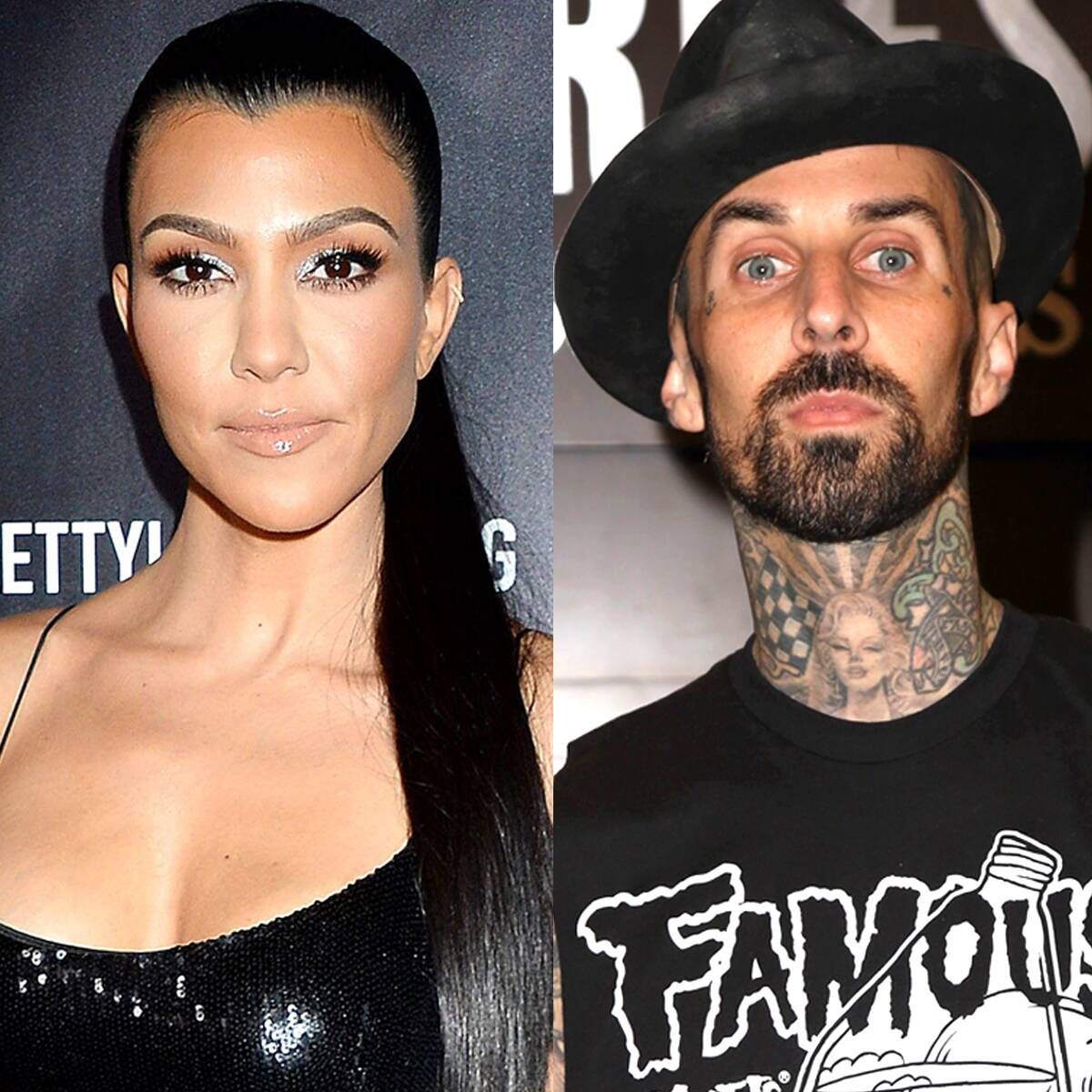 The pair have been casually dating since around December, and the relationship is building on what had previously created their strong friendship.

“It’s been very low-key,” an insider explains. “They are a really good match, and Kourtney’s entire family already loves Travis. They have been neighbors and great friends for years, and it just recently turned romantic.”

The source points out that the drummer had been interested for quite some time in kicking things up a notch. As it turns out, his attentiveness as a dad made him quite appealing to the mom of three.

“Travis has always had an eye for Kourtney,” the insider shares. “The chemistry and flirtation has always been there. They have a lot in common, and Kourtney has always been attracted to how Travis is as a parent. He’s an amazing, hands-on dad, and Kourtney loves that about him. They love relaxing at home with their kids, and everyone gets along. It’s going well, and they aren’t putting pressure on it being super serious at this point.”

After Kourtney Kardashian and Travis Barker were recently spotted hanging out in Palm Springs, Calif. together, the duo immediately sparked romance rumors. And while this isn’t the first time they’ve added fuel to the fire, a source exclusively tells E! News that they are definitely more than friends.

“It’s fairly new,” the source shares, adding Kourtney and Travis have been dating for “about a month or two.”

On Saturday, Jan. 23 the Keeping Up With the Kardashians star shared behind-the-scenes Instagram images of her relaxing day at her mom, Kris Jenner‘s Palm Springs home. Shortly after, the Blink-182 drummer posted similar snapshots that showed the same background and scenery.

Naturally, eagle-eyed fans connected the dots and figured they were spending time with each other. The insider confirms to E! News, “They were in Palm Springs together.”

At this time, however, both Kourtney and Travis have yet to publicly address their romance and recent hangout.

In recent days, fans of the Poosh founder also noticed how flirty the musician was being on her Instagram. Just three days ago, Kourtney posted a mirror selfie, in which she showed off her sister, Kim Kardashian‘s SKIMS lingerie set.

“sweet dreams,” she simply wrote with a black heart emoji. Soon after, the 45-year-old musician commented with a single rose emoji.

Raising more eyebrows, the rock star took notice of Kourtney’s movie night on Jan. 5, in which she was watching the 1993 film True Romance. “You’re So Cool,” he responded to her post at the time.

As previously mentioned, the duo has fueled romance rumors before. Not only have they been longtime friends, but they also happen to be neighbors! In February 2019, fans began to wonder if they were dating after they were spotted grabbing dinner at Nobu in Malibu, Calif.

At the time, however, a source told E! News the rumors were anything but true.

“They’ve been friends for years,” the insider explained. “They’ve lived in the same neighborhood for a long time and they see each other at church and with their kids. They’ve hung out together many times and often get together with the kids to see movies or to get ice cream.”

In September 2018, they were photographed leaving the Crossroads Kitchen restaurant in Los Angeles, Calif. But it appeared nothing was going on between them back then either.

At the time, E! News reported that Travis and ex-wife Shanna Moakler‘s kids were friends with Kourtney and Scott Disick‘s children, and had even appeared on Keeping Up With the Kardashians a few times.

Back to Top
Close Add post
X
Rajinikanth starrer ‘Annaatthe’ to release on November 4…Entertainment'Annaatthe', featuring Tamil superstar Rajinikanth, is slated to be released on November 4, the makers announced on Monday.Sun Pictures, the productio…