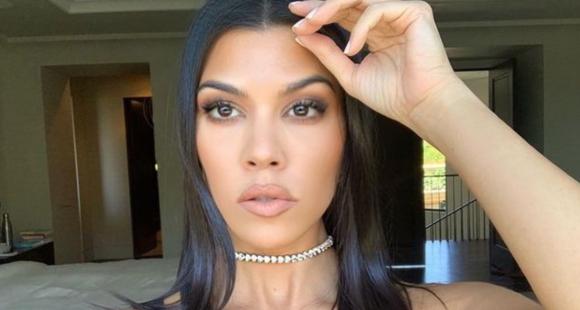 Momager Kris Jenner and her boyfriend Corey Gamble recently tried a very interesting new experiment on Kourtney Kardashian request, as seen on the newest footage from Keeping Up with the Kardashians! In the latest episode of KUWTK, Kourtney, 41, recruited her mom Kris, 65, and Corey, 40, to try out a little experiment for her website Poosh. Kourtney asked the couple, who have been together since 2014, to go without sex for two weeks in order to get some research for an article she was working on.

“Oh lord, are you sure I’m in the right conversation?” Corey asked when Kourtney brought up the experiment. “People practice this because they want more energy, stronger mental focus, a closer relationship with their partner,” Kourtney explained before Kris asked, “More energy from not having an orgasm?” “By abstaining from orgasms, people have been known to have orgasms by simply watching a sunset,” Kourtney said.

“What kind of weirdo is that?” Corey jokingly shot back. After some thought, Kris and Corey decided to take on the no-sex challenge. At first, Corey struggled with going without sex, but Kris was able to give him some words of encouragement. “We’re doing it for Poosh. If we don’t have sex, we’re going to be sharper,” Kris said to Corey. “You’ve got to focus — that’s what it’s all about.”

He then responded, “I’m always focused on your booty.” Kourtney then gave the couple some “celibacy exercises” to “channel their energy,” which included Tai Chi and looking deeply into each other’s eyes. “I probably never would have tried some of the things that Kourtney suggests, if it wasn’t for what we’re here for,” Kris said later in the episode. “But it’s interesting.” “I like it a lot, too,” Corey added. “And I like the concentration you have to have to even do that good. I really like it.” In the end, Kris and Corey were able to remain celibate for the two weeks.

ALSO READ: Kris Jenner says she would call Kim Kardashian in a crisis: She’s all of our go to whenever anything happens