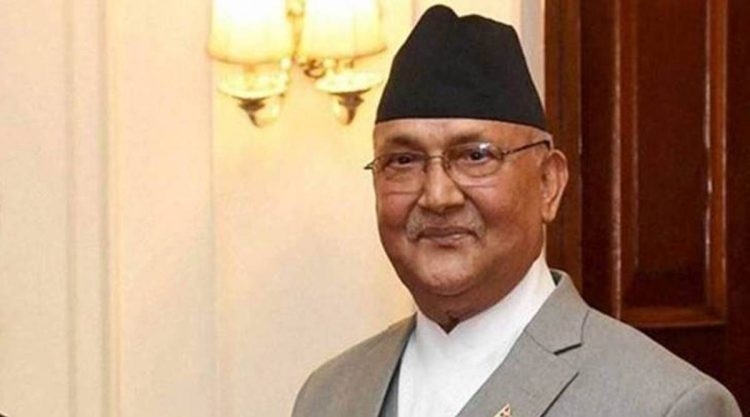 Embattled Prime Minister K P Sharma Oli-led government has recommended the president to summon the winter session of Parliament’s upper house on January 1, nearly a week after the lower house was dissolved.

Nepal plunged into a political crisis after President Bidya Devi Bhandari dissolved the House of Representatives and announced dates for mid-term elections at the recommendation of Prime Minister Oli on Sunday, sparking protests from a section of the ruling party and various opposition parties.

The ruling Nepal Communist Party has now been virtually divided more than two years after it was formed following the merger of CPN-UML led by Oli and CPN-Maoist Centre led by Pushpa Kamal Dahal ‘Prachanda’ in May 2018.

A Cabinet meeting held on Friday evening decided to recommend that the president summon the winter session of the National Assembly on January 1, Hridayesh Tripathi, who was made minister for health earlier on Friday, told Kathmandu Post.

The meeting was held after Prime Minister Oli reshuffled the Cabinet to induct eight ministers, five of them former Maoist leaders, and change the portfolio of five of his ministers.

On Sunday, after the dissolution of the House of Representatives, seven ministers close to Prachanda-led faction had resigned from their posts.

The budget session of Parliament was prorogued on July 2 by the president on the recommendation of the government.

According to the Constitution of Nepal, the gap between the two house sessions cannot exceed six months.

Oli, who was increasingly under pressure from his opponents in the NCP to resign, was also facing pressure to call the winter session of Parliament.

Instead, Oli on Sunday decided to dissolve the lower house, in a move that has been widely criticised by experts on constitutional matters as unconstitutional.

The Supreme Court is hearing as many 13 writs against the house dissolution.

On Friday, the Supreme Court issued a show-cause notice to the Oli government, asking it to submit a written clarification over its decision to abruptly dissolve the 275-member House of Representatives.

Both factions of the party have intensified efforts to retain official party recognition along with the election symbol.

The two factions are now busy making strategies to wrest control of the party.

The Election Commission will decide which faction of the NCP is legitimate to carry the party name and election symbol.