Home EntertainmentBollywood Krishna Shroff’s Ex-Boyfriend Eban Hyams In A Cryptic Post: “I Got Nothing But Love For…”

Krishna Shroff’s Ex-Boyfriend Eban Hyams In A Cryptic Post: “I Got Nothing But Love For…” 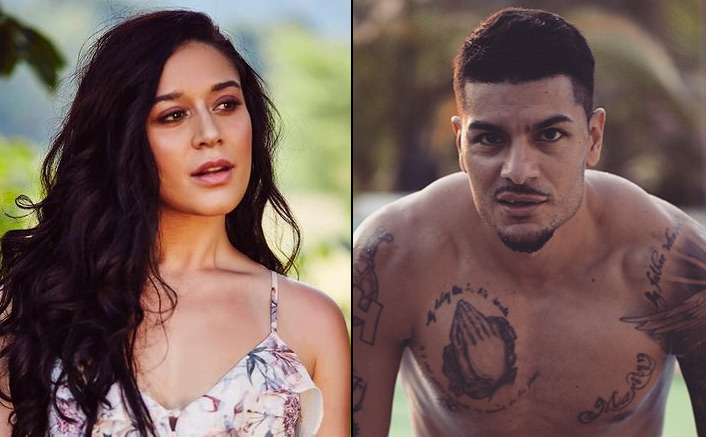 Tiger Shroff’s sister Krishna Shroff is one celeb that has always been open about her relationship. Krishna, through her social media, was quite vocal about her relationship with basketball player Eban Hyams. The two eventually broke up later last year, and it was all over the mainstream headlines as Krishna herself announced that too. Eban has now decided to speak on it cryptically and he shared a note that fans feel is referring to Shroff. Read on to know what Hyams has to say. Scroll below.

It was in November of 2020 when Krishna Shroff through her Instagram stories announced her separation with Eban Hyams. Eban on the other hand has been tight-lipped about the same till now. As per his Instagram story, he is talking about people falling in love and his committed relationship. Fans are quick to smell him talking about Krishna.

In his Instagram story, Krishna Shroff’s ex-boyfriend Eban Hyams wrote he can’t make sense of people falling in love and ending up hating each other. He revealed that it is not the same in his case. Rather he is cordial with them and wants best for them. “Don’t make sense why people fall in love and if things don’t work out they break up and end up hating each other. I’m glad that’s not the case with me, I got nothing but love for anyone I’ve been in a committed relationship with and want nothing but the best for them going forward, with or without me,” Hyams wrote.

Meanwhile, recently while talking about her break up to TOI, Krishna Shroff said, “There were many things that eventually led to it, but I’ll keep that private. I think we both just realized we would be better off as friends as opposed to being in a relationship, so it wasn’t very messy of a break up at all.”

“I honestly haven’t even thought about that yet since it’s only been a little over a month since my break up. I’m really enjoying this time to myself and doing the things I love and want to. It’s been refreshing,” she added when asked about finding love again.