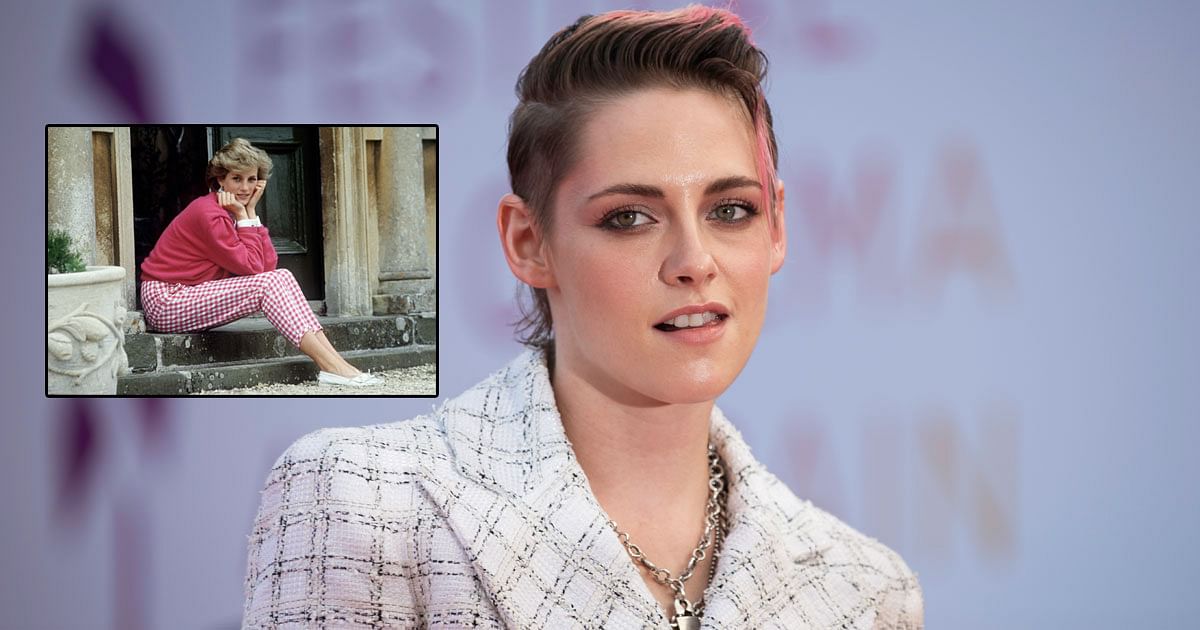 Kristen Stewart is currently shooting for Spencer in Frankfurt, Germany and her pictures as Princess Diana are going crazy viral on the internet. The 30-year-old looks like a spitting image of the Royal highness and we can’t take our eyes off her in one of the most iconic looks of the Princess Of Wales.

Now, there’s a new picture going viral on the internet from Sandringham Estate where the actress is currently shooting for the film.

Kristen Stewart was spotted in a cream chic blouse and voluminous hair like Princess Diana. The picture was taken at the window and the actress was also holding a black chain tote bag and looked effortlessly beautiful in the same. Her resemblance to the Princess of Wales is uncanny, isn’t it?

Take a look at the picture here:

Spencer tells the story of the time when Princess Diana decided to file the divorce against Charles. It was the Christmas weekend at the Sandringham in 1991 when the news went viral.

Kristen Stewart was spotted leaving Schlosshotel Kronberg formerly known as Friedrichshof Palace and can y’all guess the whopping amount for one night stay in the luxury hotel? It’s £2,000-a-night which would come around INR 2 lakhs approximately.

Earlier this week, Kristen’s pic as Lady Diana was going viral on the internet and for all the right reasons. The resemblance in the picture was beyond words and one could hardly distinguish between the two. Take a look:

“Kristen Stewart is one of the great actors around today. She can be very mysterious and very fragile and ultimately very strong as well, which is what we need. She’s going to do something stunning and intriguing at the same time. She is this force of nature.” -Pablo Larraín pic.twitter.com/AFdrehzlMR

How cool is that?

Meanwhile, Spencer starring Kristen Stewart is directed by Pablo Larraín. It is written by Peaky Blinders fame Steven Knight. The film has reportedly been sold to buyers at the viral Cannes market.

Talking about Spencer, Pablo Larraín in a conversation with Deadline said, “We all grew up, at least I did in my generation, reading and understanding what a fairy tale is. Usually, the prince comes and finds the princess, invites her to become his wife and eventually she becomes queen. That is the fairy tale. When someone decides not to be the queen, and says, I’d rather go and be myself, it’s a big big decision, a fairy tale upside down … that is the heart of the movie.”

About roping Kristen Stewart for Spencer, “I think she’s going to do something stunning and intriguing at the same time. She is this force of nature,” shared the director.

Must Read: Machine Gun Kelly Carries Megan Fox In His Arms While Surrounded Amid The Sea Of Fans – Pics Inside