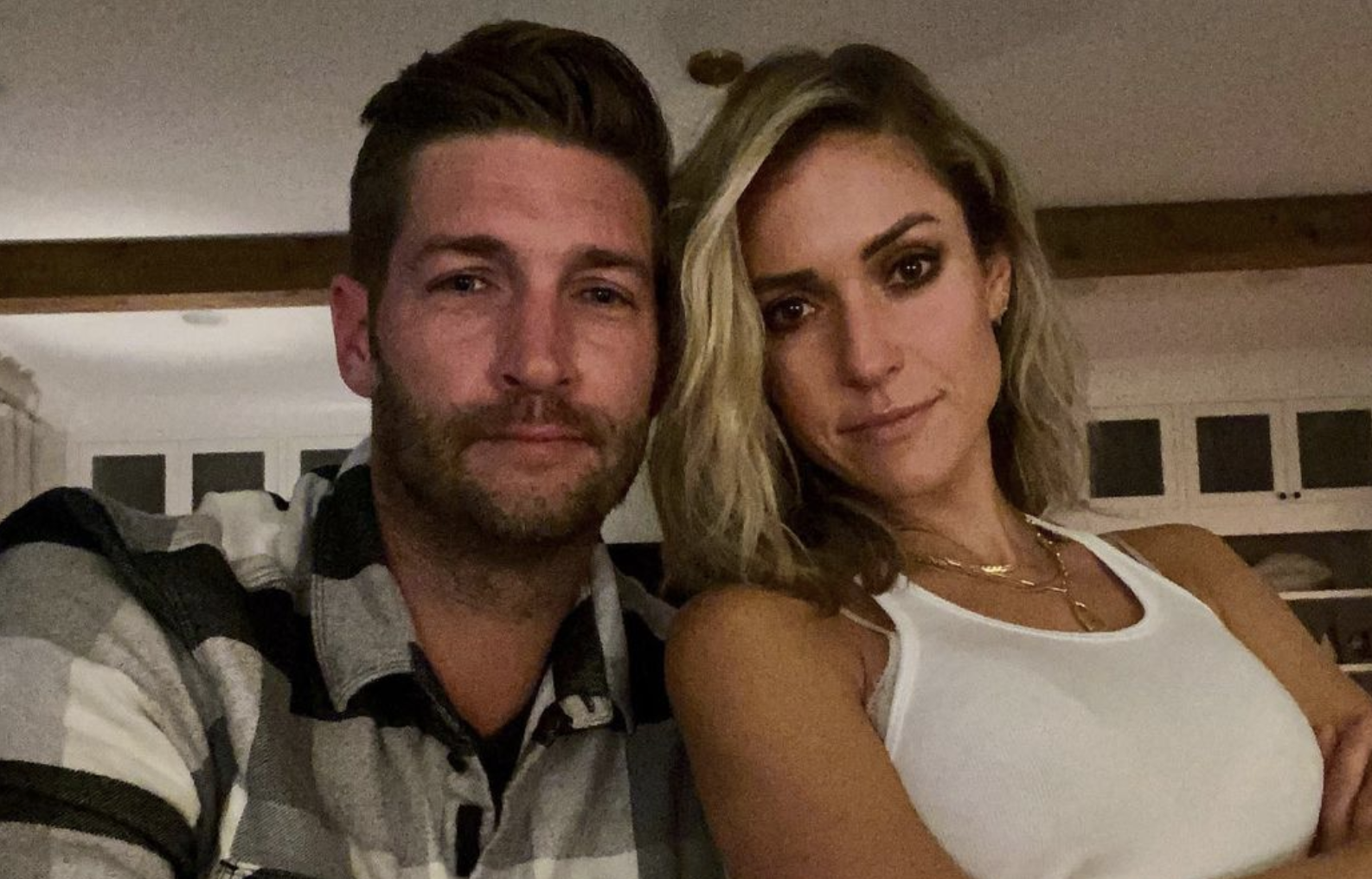 Kristin Cavallari and Jay Cutler split nine months ago, but they put on a united front over the weekend for an Instagram photo with a cryptic caption that has led to a lot of speculation.

“The world is full of users,” the Very Cavallari star, 34, captioned the photo which shows her shoulder to shoulder with the former football player. “10 years. Can’t break that.” (Cutler, 37, posted exactly the same thing.)

One of the many comments was from her BFF Justin Anderson, who wrote, “There’s a calmness in the nashville air tonight lovies ♥️😍love you guys,” leading to speculation that there was more than just a friendly ex situation.

However, a rekindled romance has been debunked. People magazine reports that the exes — who share kids Camden, 8, Jaxon, 6, and Saylor, 5 — are not back together, with a source saying, “They are friends and single. They will always have each other’s back no matter what.”

The Uncommon James owner’s “single” status applies to her post-breakup romance with comedian Jeff Dye as well. People also reports that Cavallari and Dye, who were seen kissing in Chicago in October and later took a trip to Mexico, are no longer dating.

So what is Cavallari and Cutler’s united front all about? It’s confusing, even to their biggest fans, as many comments on the photos called for them to “explain” as they “get the award for most confusing caption.” Another wrote, “I AM BOTH CLUELESS AND CAPTIVATED.”

Well, it’s no coincidence that the photo saga bubbled up right before Southern Charm’s Madison LeCroy “dropped receipts” Sunday intimating a short-lived fling with Cutler. She posted screenshots of a text message thread — all a bit confusing as parts seem to have been deleted by LeCroy — but Cutler, who is Nashville-based like Cavallari, wrote to her about his plans to visit her in Charleston.

She even shared a photo of them in matching camo looks.

Though a juicer thread followed when Cutler suggested LeCroy said something about Cavallari.

“I’ve never said anything about Kristin nor would I,” she wrote. “I came into this honestly with good intentions. I want no part of being involved in a payback or drama. But you initiated and pursued. If you weren’t interested in something real you shouldn’t have…,” the next word being blocked out, “with me.”

She also wrote, “Kept my mouth shut until I got called a liar…”

Making this more complicated, in December, Cavallari had a cozy night out with Southern Charm’s Austen Kroll — who is also LeCroy’s ex-boyfriend. On that night, Cavallari was on Kroll’s shoulders dancing around, and the scene led Cavallari and Kroll to both later publicly deny a romance.

So here’s where the new Cavallari and Cutler photo comes into play. Prior to LeCroy posting “receipts,” she reportedly used her Instagram stories to mock Cavallari being on LeCroy’s shoulders by mimicking the pose with one of her friends. She also reportedly suggested Cutler was “relieved” to have split from Cavallari, and made comments about Cavallari’s parenting.

So it suggests that Cavallari and Cutler were responding to LeCroy with their photo, which LeCroy then commented on, writing in Cutler’s comments, “I told you it would all workout.”

LeCroy also responded to a comment from Summer House star Lindsay Hubbard, who said she was “confused” by the situation.

LeCroy then seemingly responded to the situation with an “unbothered” bikini photo and said she’d be “blocking more than the” sun.

Cavallari and Cutler haven’t weighed in on this saga since but Cavallari’s BFF has. Anderson took to social saying he called LeCroy “a liar” and “a snake” only after she “went live and talked about kids. That’s not right. I’m standing up for my friend.”

He also said it was “low” and “trash” for one adult to post screenshots of a conversation with another adult, as LeCroy did.

He wrote, “I have no skin in this game other than standing up from my real life friend.”

He also posted TikToks about “making something out of nothing” followed by, “wondering how making a couple new buddies in charleston turned into this dumpster fire 🤦🏼‍♂️ not my fight ✌🏼.”

Cavallari and Cutler announced their split last April. At first, it was quite contentious, but they’ve smoothed things over and had even been spending holidays together with their kids. However, Cavallari made it clear she’s happier than she’s been in years with her divorce in the works.