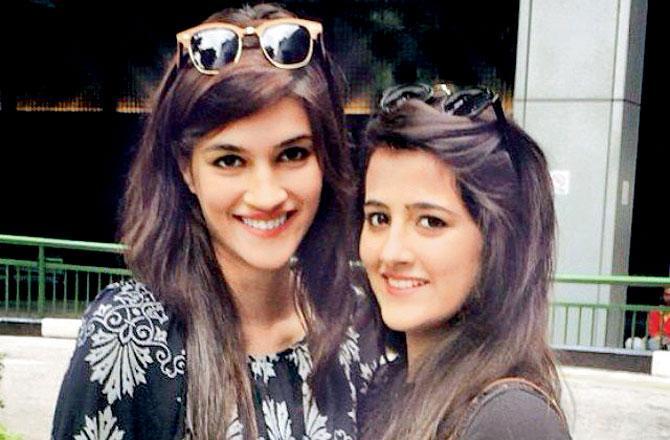 Kriti Sanon shared a health update on social media and wrote that she tested negative for COVID-19. She’s happy that she can now give a hug to sister Nupur, who celebrated her birthday last week. Kriti had been shooting in Chandigarh for Abhishek Jain’s untitled film, co-starring Rajkummar Rao. On December 9, she had announced that she tested positive for the virus.

“Happy to inform everyone that I have finally tested negative for COVID-19,” she wrote.

“A big thank you to @my_bmc officials, respected assistant commissioner Mr. Vishwas Mote and my doctor for all the help and assistance. And thank you all for the warm wishes and the never-ending love,” the actress shared.

On December 9, Kriti had announced that she had tested positive for Covid-19, adding that she was “feeling fine”.

“I would like to inform everyone that I have tested positive for Covid-19. There is absolutely nothing to worry as I am feeling fine and have quarantined myself as per BMC and my doctor’s advice. So I am gonna ride this tide, rest it out and resume work soon. Till then, I am reading all the warm wishes and they seem to be working. Be safe guys, the pandemic hasn’t gone yet,” she had said back then.

The actress tested positive as she returned from Chandigarh where she had been shooting with actor Rajkummar Rao for Abhishek Jain’s upcoming comedy “Second Innings”. The film also stars Paresh Rawal and Dimple Kapadia, and is scheduled to release next year.

The actress will also feature alongside Akshay Kumar in the action comedy “Bachchan Pandey”, and will be seen in Laxman Utekar’s “Mimi” where she plays the role of a surrogate mother.

With inputs from IANS