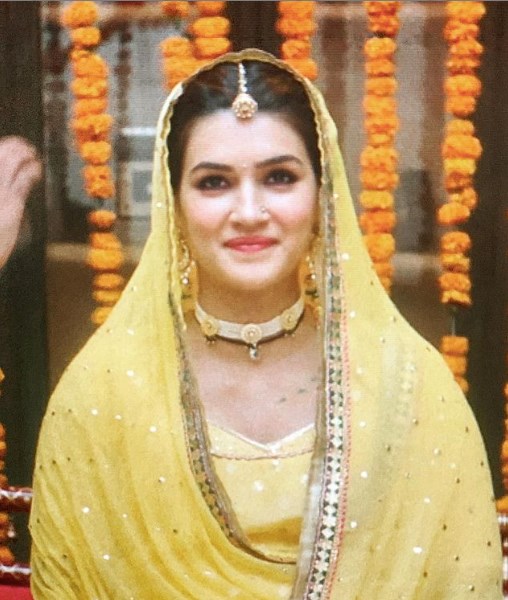 Our actors and actresses work a lot to get into the skin and shape of the character. Lots of hard work goes into the process of playing any character on screen. Kriti Sanon who is all geared up for her next release ‘Mimi’ had to put on 15 kgs for her role of a surrogate mother in the film. The actress has now shared a photo from the day when she was the ‘chubbiest’ in the film.

Sharing the photo, she wrote,’This was my chubbiest day of Mimi. And it coincidentally happened to be the godh bharai scene! Couldn’t recognise myself!! #ChubbySanon #Mimi”

The actress had recently shared a video on her social media where she was seen only eating on the sets of the film as the director had told him to put on 15 kgs for the role. The actress mentioned how after a point, she did not want to see food.

Mimi is directed by Laxman Utekar and is a remake of Marathi film Mala Aai Vhhaychy! The film focuses on surrogacy where Kriti will be seen playing the role of a surrogate mother. It is produced by Dinesh Vijan and also features Pankaj Tripathi, Sai Tamhankar, Manoj Pahwa and Supriya Pathak.

The film is all set to release on Jio Cinema and Netflix on 30 July.

The actress recently finished the shoot for her film ‘Bhediya’ alongside Varun Dhawan. She will also be seen portraying the role of Sita in Adipurush.