Kriti Sanon’s poetry continues, shares a breathtaking picture along with it 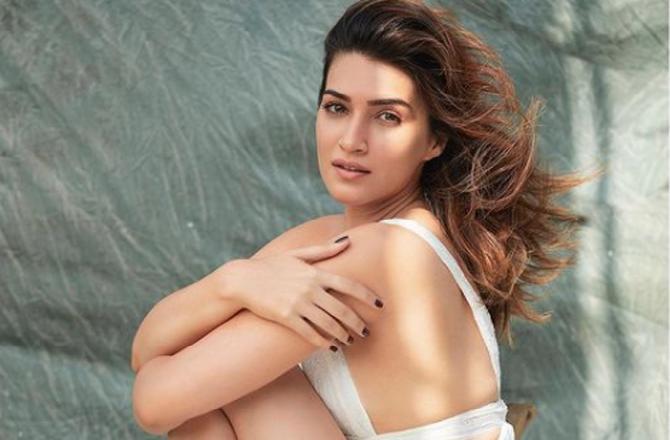 Sara Ali Khan and Kriti Sanon seem to be channeling their inner poets. Ayushmann Khurrana has also been doing that for a long time now. But unlike Khan, who’s poetry is amusing, Sanon’s seems to be with depth and soul. And the latest one is accompanied by a gorgeous picture.

Penned by the actress herself, this is what she had to write- “Hug me like the wind does
Healing my heart, Calming my soul, While it wraps every inch of me.” [SIC]

Sanon is now gearing up for the release of Mimi where she plays a surrogate mother. She also has a comedy with Rajkummar Rao and Paresh Rawal and then would be seen with Akshay Kumar in Bachchan Pandey. Sajid Nadiadwala’s Bachchan Pandey will roll in January and continue till March. It marks the actor’s 10th collaboration with his producer-buddy.

“Akshay, along with actress Kriti Sanon, director Farhad Samji and the rest of the unit will fly to Jaisalmer in a charter for a marathon schedule of over 2 months during which they will be shooting in real locations. Last month, the production team secured all the requisite permissions and taken care of all the government guidelines and locked the shooting locations,” revealed a source. Akshay, Sajid, Kriti and Farhad’s previous collaboration, the 2019 period-comedy Housefull 4, was also shot in the Golden City and the source added that several of that film’s crew are on board for Bachchan Pandey as well.

The entire team will be stationed at a Suryagarh Hotel together and some indoor sequences will be shot there. The film also has some elaborate action scenes and teams from across the country will be joining the crew for that shoot. Bachchan Pandey, along with Heropanti 2, will be among the first two Sajid Nadiadwala productions to flag off, and the filmmaker has formed a special team, including doctors from Mumbai, to ensure that all Covid safety protocols are enforced on the set.