Home EntertainmentGossips ​KRK Is A Donkey, It’s Good Salman Khan Is Putting Some Rein On Him Says Mika Singh

​KRK Is A Donkey, It’s Good Salman Khan Is Putting Some Rein On Him Says Mika Singh 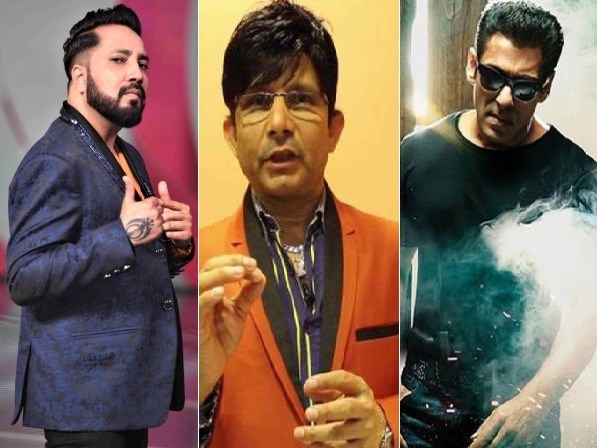 Salman Khan has filed a defamatory case against Kamaal R Khan (KRK) and singer Mika Singh is nothing but happy that someone has finally put some reins on his uncontrolled personal commentary.

During his recent interaction with Newshelpline, singer Mika Singh said, “First and foremost, critics, who critic a film, they are doing their job and they have every right to do so, but don’t make personal attacks. I am surprised why it took so long for Salman Khan to file a case against KRK, he should have put some reins on this wild donkey as long time ago. I am happy that Salman Khan has decided to put a check on KRK, he is a donkey”

Further adding, Mika said that there are other critics are there who stick with films and doesn’t make any personal comments. “Komal Nahta is there, he critics a movie and that’s fine, but KRK, attacks personally which is not right at all. You cannot attack someone personally. See one can talk about the movie, but you cannot just make personal comments”.

“KRK is my neighbor, and if he said something wrong about me, I am not going to file a case; I am going to slap him” added Mika.

Mika also listed people that he has personally attack and touched upon sensitive issue of SSR’s demise. He said, “KRK has nasty comments about Sonu Sood and Sonakshi Sinha. He even made personal comments on Sara Ali Khan, daughter of Saif Ali Khan, she was merely 17 at the time. I mean you keep your commenting till movies, don’t say nasty stuff about their personal lives”

“And if we talks about Sushant Singh Rajput, the person who has actually said the most vile and disgusting things about him is KRK. I am surprised why people in Bollywood are silent about it? Why someone hasn’t filed a case against KRK?” said the singer.