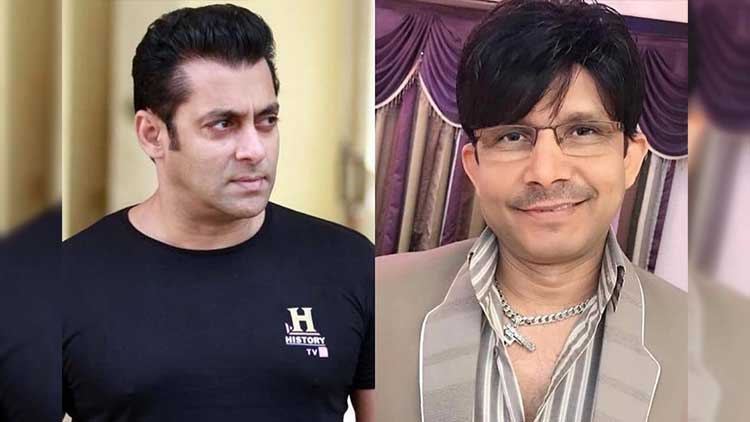 The debate between superstar Salman Khan and KRK continues. Actually, Salman had filed a defamation case against KRK. And the first hearing in this case took place on 27 May and the next date is given on 7 June. KRK is very active on social media and is continuously tweeting one after the other.

He targeted Salman Khan in his recent tweet and said that he will ruin Salman Khan’s career. KRK tweeted and wrote, “Heard this has ruined the careers of many people. Whoever spoke against him ruined that person’s career, but Nahle pe dahla hi hota hai na and I am dahla hoon. I will bring it on the road after breaking its career. ”

After this, in his second tweet, KRK wrote, “Now I am getting a lot of calls from Bollywood. A lot of people are giving comments on Twitter. Everyone told me that my brother will save you and kill you. All of you worry. Thanks for doing, but I’m still not afraid of it. I’ll keep fighting for the truth. ”

Not only did KRK stop, he has also tweeted several after this. In his next tweet, he wrote, “What happened to Sushant, will not happen again in Bollywood. Nor will we let it happen. Bollywood does not belong to his father. It is time for his lie shop to close. No matter how big a brother he may be, but there is no one above the public.

All these tweets made by KRK are in the discussion, while some people are supporting them, while Salman Khan’s supporter is against it.

Back to Top
Close Add post
X
​One Down, One More To Go Says Amyra Dastur On Getting COVID-19 Vaccine…GossipsDiva Amyra Dastur has received the first dose of COVID-19 vaccine. She took to her social media profile and shared a picture of the vaccination clinic…

X
​Congratulations On Your Graduation Arin Nene Says, Madhuri Dixit…GossipsDiva Madhuri Dixit Nene took to her social media profile and shared a graduation picture of her son, Arin Nene, calling it a proud moment as a parent.…
close