Krrish 4: Hrithik Roshan Is Also The Bad Guy, To Play A Triple Role This Time 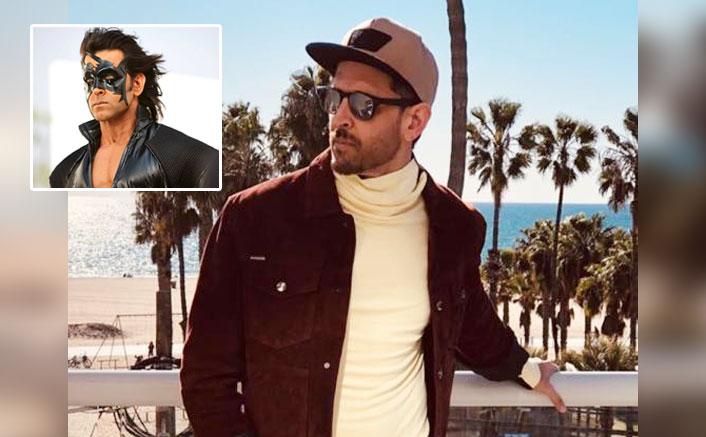 Hrithik Roshan fans are eagerly waiting for the actor to officially announce Krrish 4. While Roshan has already confirmed that it’s happening – when is what everyone seeks. Everything about the Rakesh Roshan directorial has made a huge buzz already. Be it the music, casting coupe, plot details – everything. Today as we inch a step closer to the film happening, the grapevine has a huge update. It says that the superhero flick is turning out to be nothing but a whole and sole Hrithik Roshan film as he will be seen in a triple role.

Yes, you, read that right. All the way till now since Hrithik Roshan wore the iconic mask, the franchise has been about the actor playing a double role that of Rohit Mehra (Koi Mil Gaya) and Krishna aka Krrish. Turns out Rakesh Roshan has found one more character to challenge his film. Hrithik will be seen playing a triple role in the film.

As per a Bollywood Hungama report, while Hrithik Roshan will reprise his existing 2 roles in the franchise, the third character will be that of the bad guy. Yes, Hrithik himself will play the antagonist against Krrish. Sound interesting right? A source close to the development says that Rakesh Roshan is writing the story in such a way that the antagonist is also modelled on the War actor.

“Hrithik Roshan will not only play the main hero but also the main villain in Krrish 4. The story has been conceptualised in such a way that both the superhero and the supervillain’s role has been modelled on the superstar. It’s Hrithik vs Hrithik in the finale,” a source said.

Apart from this update, we also know that Hrithik Roshan will be accompanied by a female superhero too. Several names have been speculated for the part. Also, the film is set to resurrect Krrish’s father Rohit and bring back the alien friend Jadoo.

How excited are you for Krrish 4? Let us know in the comments section below.