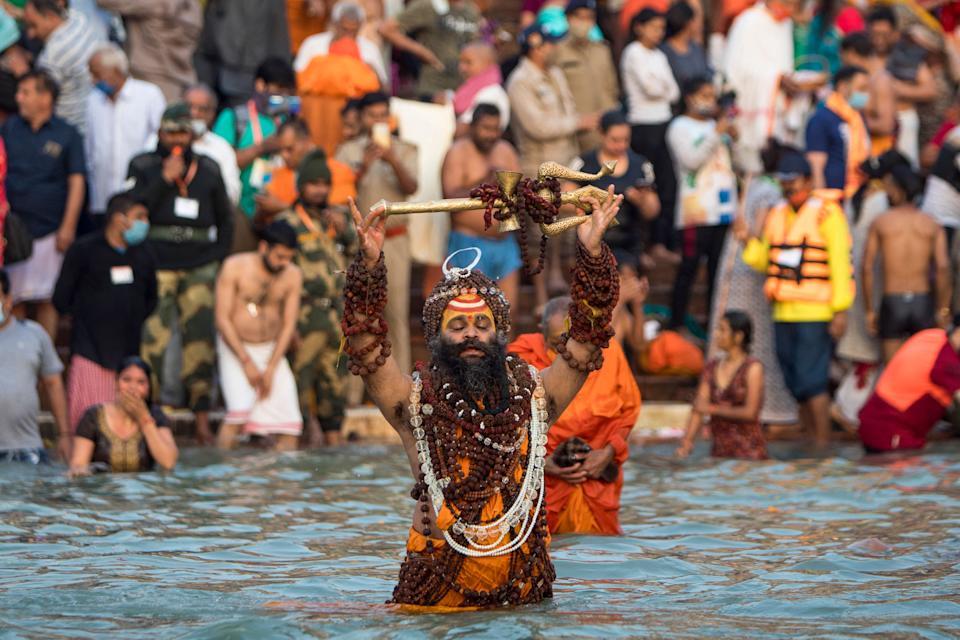 30 Sadhus in the ongoing Kumbh Mela at Haridwar, Uttarakhand have tested positive for the novel coronavirus, said the Chief Medical Officer on Friday.

Speaking to ANI, Haridwar Chief Medical Officer Dr SK Jha said, “30 Sadhus have tested positive for COVID-19 so far, in Haridwar. Medical teams are going to akhadas and RT-PCR tests of sadhus are being done continuously. The process will be further quickened from April 17.”

Over the last five days, more than 2000 people were found positive for coronavirus in Haridwar, the place where the month-long Kumbh is going on. Meanwhile, officials have said that despite a record surge in COVID-19 cases in the country, the Kumbh will continue till April 30.

Uttarakhand Chief Minister Tirath Singh Rawat had said earlier that there is no comparison between the event held at Nizamuddin Markaz in Delhi last year and Kumbh in Haridwar as the former was held in a closed space while the latter is being held in a vast open area.

With a surge in Covid cases in Uttarakhand which recorded its highest single-day spike in infections on Thursday, the state government issued a revised SOP, making it mandatory for cinema halls, restaurants, bars and gyms to run at half their capacity. SOPs issued by the Centre and the state government for Kumbh Mela in January and February this year will remain in effect.