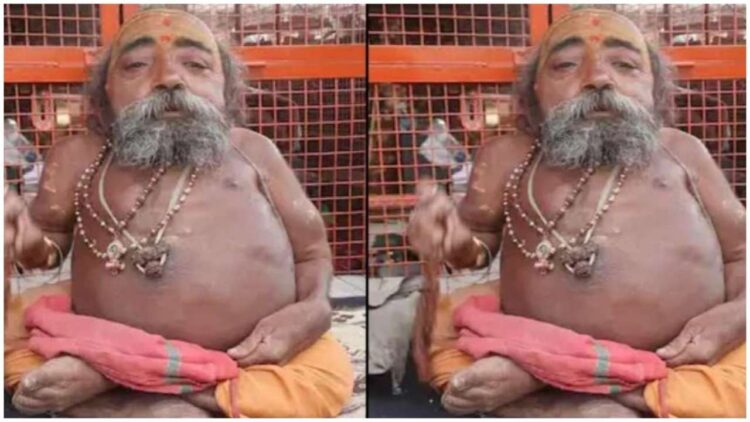 Narayan Nand Giri Maharaj, a 55-year-old saint, has become the centre of attraction for devotees, who seek his blessings in the northern pilgrimage town of Haridwar.

Nand Giri Maharaj weighs 18 kilograms and cannot stand up or walk. He is looked after by his disciple, Umesh.

Narayan Nand Giri Maharaj, 55, is 18 inches tall and weighs 40 lbs. He cannot stand up or walk and is looked after by his disciple pic.twitter.com/UCnWAONM7B

Meanwhile, a saint covered with beads is also drawing the attention of devotees, who are making a beeline to seek his blessings as they believe interacting with the holy man is a once-in-a-lifetime experience.

Many of the ascetics, who worship the Hindu God Shiva, belong to monastic orders called Akharas and live in remote caves, stepping out for the Kumbh Mela, generally held once every three years in four cities

Most of the Nagas enter the lifecycle of an ascetic in their early teens, leaving behind their families and worldly possessions to answer the call of Shiva and follow in his footsteps – devoting their lives in his prayers.

They renounce their friends and families to embrace the circle of fellow Nagas – immersing themselves in deep meditations, rigorous yoga, learning religious rituals and scriptures and seeking the highest form of spirituality.

It takes six years of celibate life, 12 years of rigorous prayers to Lord Shiva before an ascetic is conferred the revered title of a Naga.