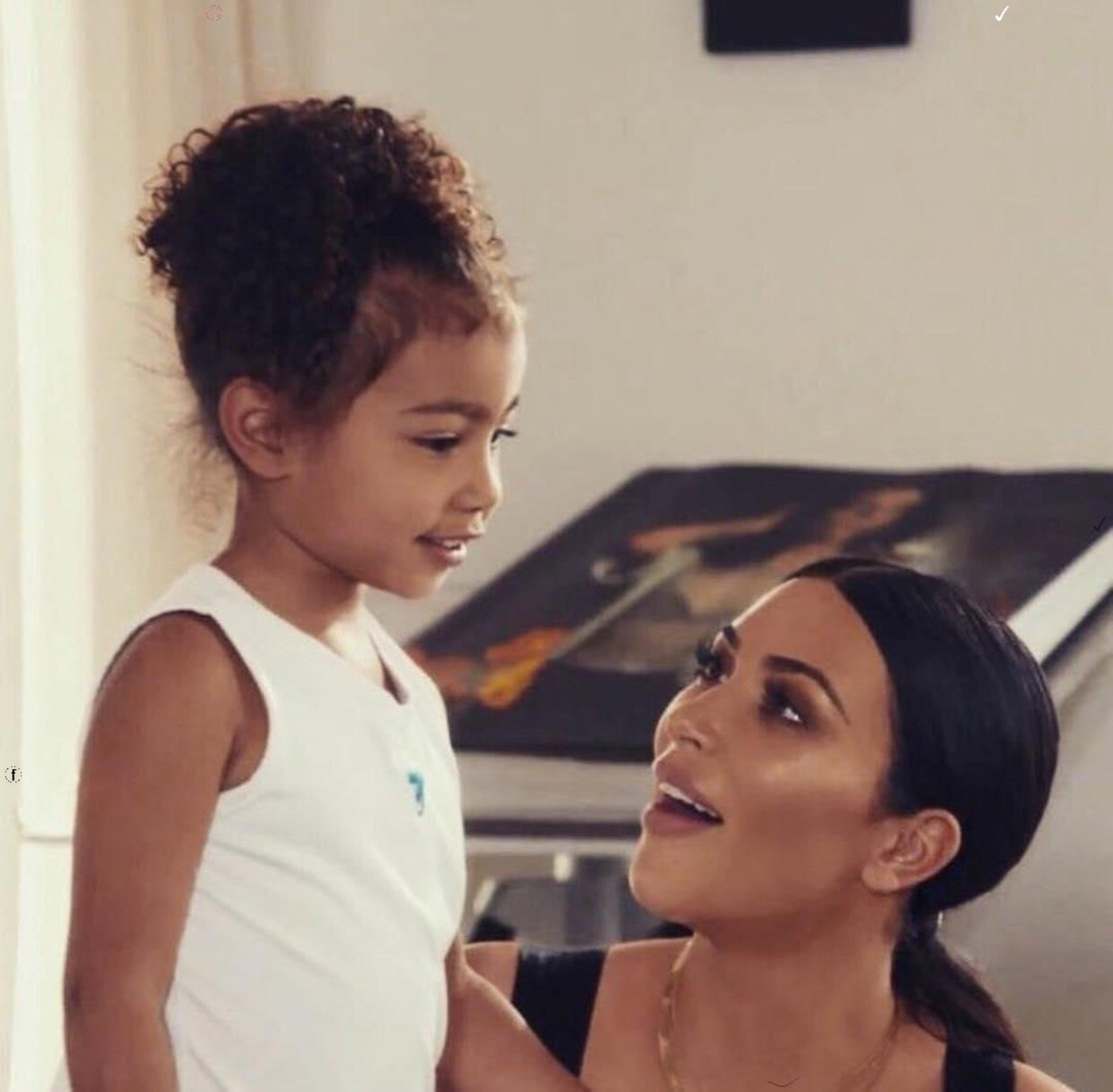 The proud mother previously showed off her oldest child, North’s impressive artwork but what she got back were quite a few comments from people doubting it was the 7 year old who painted it! That being said, Kim Kardashian returned to her platform to clap back at all those adults who chose to attack her child like that.

Furthermore, she stressed, once again that it was a hundred percent North’s painting!

Kim is used to getting a lot of criticism and hate on social media so she lets it pass without giving it too much attention but when the target is one of her children, things are different!

The KUWTK star proved how fierce she can be in such situations.

It all started with critics comparing the stunning landscape painting by North, to the ones of Bob Ross.

The Kardashian mother of four responded to the criticism, writing on her IG Stories: ‘DON’T PLAY WITH ME WHEN IT COMES TO MY CHILDREN!!! My daughter and her friend have been taking a very serious oil painting class where their talents and their creativity are being encouraged and also nurtured. She worked incredibly hard on her painting, which took weeks to complete. As a proud mom, I just wanted to share her work with everyone. I’m seeing op-ed pieces in the media from grown adults breaking down whether or not my child painted this. How dare you all see children doing awesome things and try to accuse them of NOT being awesome!?!’

While it was not a video, her anger is still pretty obvious!

And Kim was not done! She went on to repost a tweet that also showed off a painting done by the daughter of Tracy Romulus (chief marketing officer for KKW.)

‘THEY GO TO THE SAME ART CLASS!!! Ryan’s amazing painting!!! two beautiful artists,’ Kim wrote alongside the art which was just as impressive as her daughter’s.

And to further prove that passion and talent in the artistic field are in North’s blood, Kim shared some throwback art supposedly done by Kanye West when he was around the same age as his daughter is now.