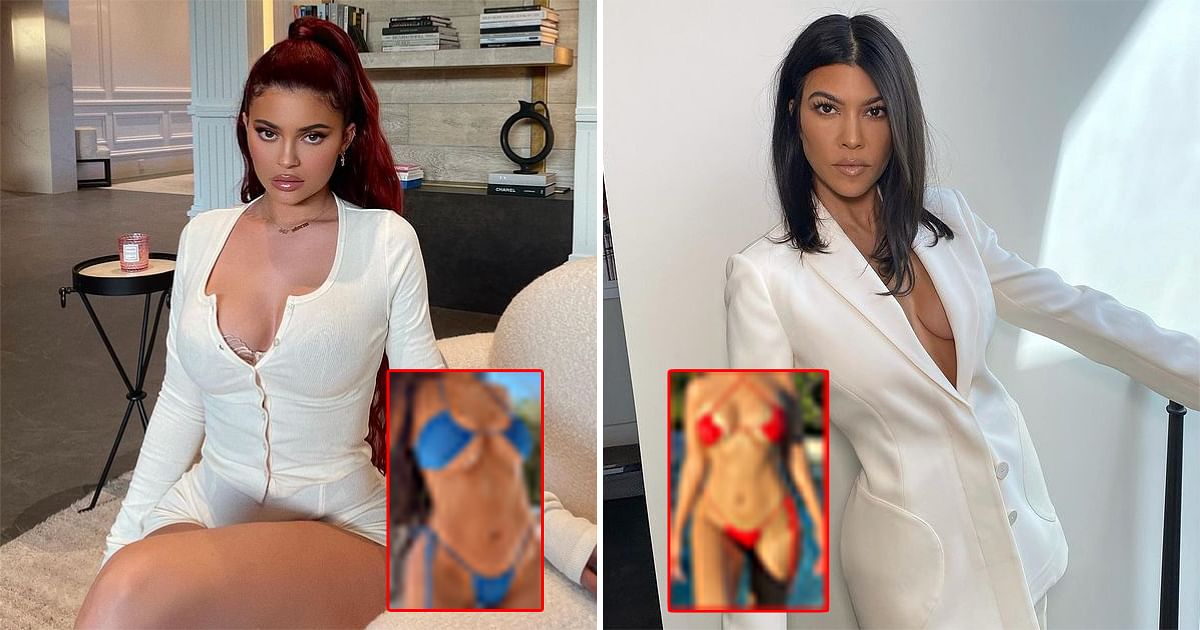 We’ve seen siblings having polarising tastes in the clothing they opt for, but same isn’t the case with Kylie Jenner and Kourtney Kardashian. Kylie following her big sister has worn the same bikini but of course in a different colour.

She chose to go a little less flashy with the colour Blue instead of the saucy Red version of Kourt. This happened when Kylie decided to have a day off at her mother Kris Jenner‘s $12 million pad in La Quinta.

When you see both of their bikinis (linked below), you can see how much they’re identical to each other than different. Kourtney donned it in the photos she posted towards the end of last month.

While Kylie Jenner promoted the Kylie Skin’s ‘SPF Bodi Oil’, Kourtney Kardashian shared the photos in multiple posts captioned as “A little fun in the sun” and “parched (bc my content is thirsty this week LOL).”

On the other hand, Kylie Jenner and her ex-boyfriend Travis Scott are reportedly still crazy about each other, even though they went their separate ways two years ago.

The two are parents to a three-year-old daughter Stormi and are often seen spending time with each other during family holidays. While the two haven’t spoken about getting back together, sources reveal that their feelings for each other are quite obvious.

“Kylie Jenner and Travis Scott are still madly in love. You can tell every time they are together that there is a lot of love there. Both of their faces light up when they are together, and both seem very happy,” a source tells eonoine.com. It is interesting to note that both of them are not seeing anyone else.