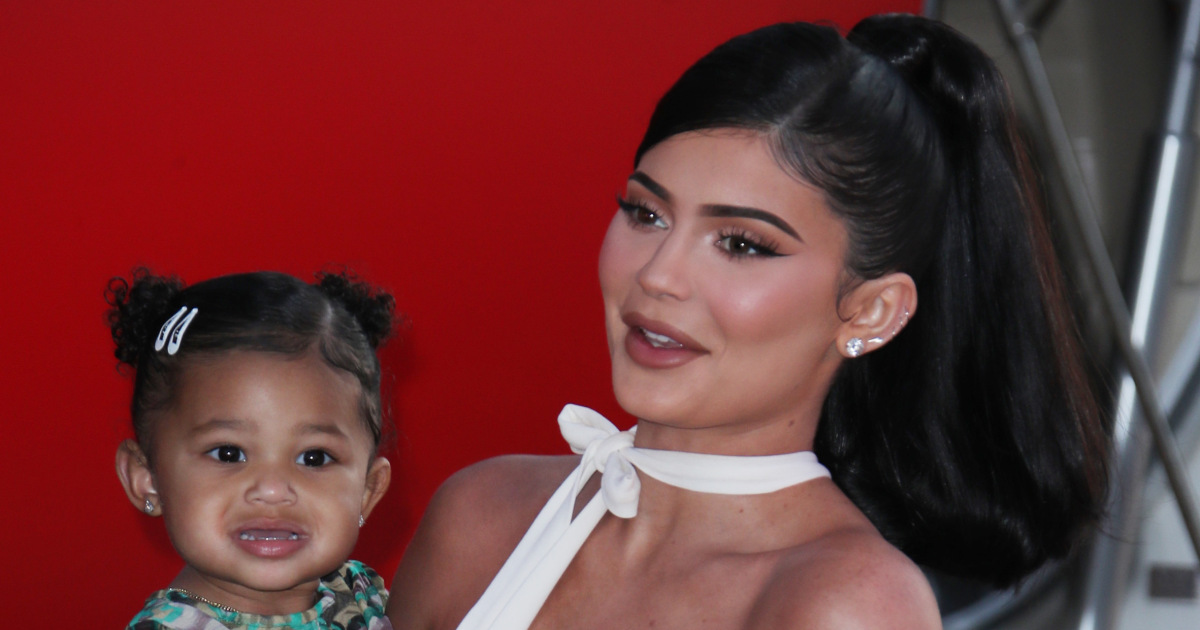 Shut down! Kylie Jenner clapped back at a troll who asked if her 2-year-old daughter, Stormi Webster, was “wearing makeup” in a photo on Sunday, January 24.

“OMG is she wearing makeup?” a fan inquired after the Keeping Up With the Kardashians star, 23, posted a series of pictures that showed the toddler riding her scooter.

“No,” the makeup mogul simply responded, while tagging the user. Stormi looked absolutely precious zooming around on her blue scooter. She was wearing a grey T-shirt and baggy leather pants. She wore her hair in two high buns and slayed with silver accessories and cool sneakers.

The Kylie Skin founder previously acknowledged during an interview with Vogue Czechoslovakia in June that she “will definitely” let Stormi wear makeup one day, but “the question is when it will be.”

“When I was little, I secretly used my mother’s shadows,” Kylie recalled about rummaging through Kris Jenner’s beauty drawer. “It left me a lot of freedom and encouraged my creativity. From the sixth grade, I went with purple eye shadows.”

The near-billionaire occasionally shares videos of Stormi playing with her makeup, but it’s clear the California native is soaking up every minute of her daughter’s childhood. “I love this little baby so much I want to burst,” the Kylie Cosmetics founder gushed over Stormi via Instagram in June. “Sometimes I just look at her and cry knowing she will never be this small ever again. Who knew something so little could take up most of your heart? God made no mistakes with you, storm baby.”

While Stormi may pick up beauty tips from her mom one day, she’s definitely a major daddy’s girl. An insider told Life & Style Travis Scott “spoils” the little girl even more than her mom does.

“You’d think that it was Kylie who spoils Stormi the most but it’s actually Travis,” the source revealed. “In fact, Kylie has to tell Travis to scale it back when it comes to lavishing her with gifts.” The “Sicko Mode” rapper, 28, is known for giving his daughter the best surprises.

In December, he sent an adorable Cinderella carriage to Kylie’s house that was outfitted with lights and a sign that said “Princess Stormi.” To complete the extravagant gift, he surprised her with five Disney princess dresses for playtime. One year earlier, Travis had a life-size version of Stormi’s favorite Trolls character Poppy come to their house for playtime.

That’s not to say Kylie doesn’t get in on the fun. “Kylie is constantly showering her with gifts — expensive jewelry, the latest gadgets, you name it, Stormi has it,” continued the insider.

Stormi is one seriously lucky girl!

X
Vidyut Jammwal all set to star in upcoming feature ‘Sanak’ – B…GossipsAction superstar Vidyut Jammwal is all set to woo everyone once again with his new film ‘Sanak’. He will star in it with actress Rukmini Maitra, who i…
close