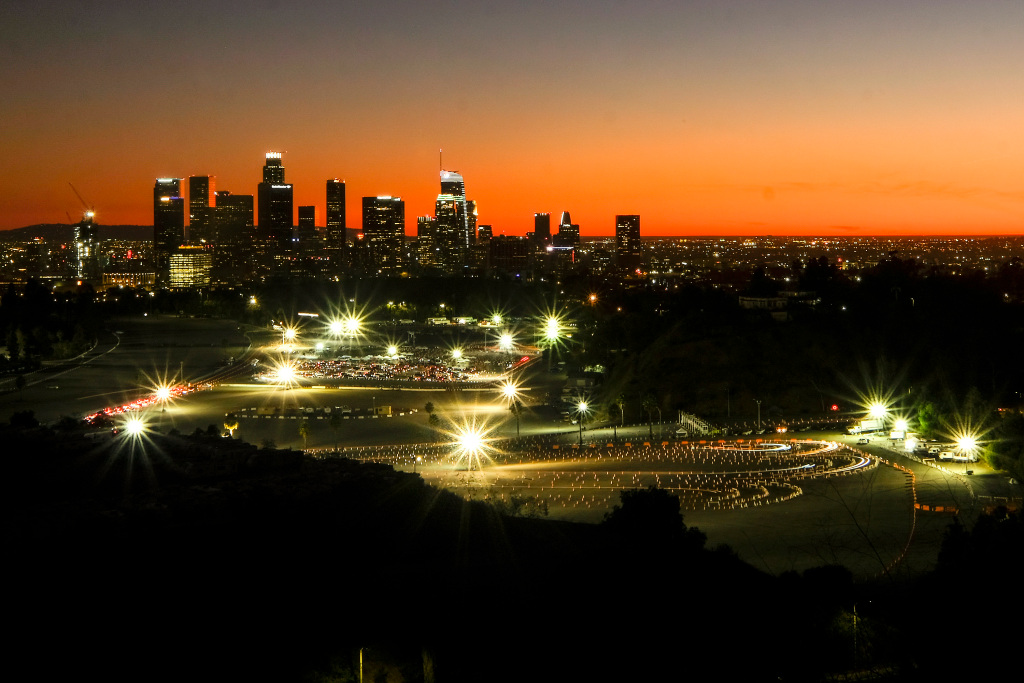 Speaking from Dodger Stadium, which he proposed was the country’s — and possibly the world’s — “largest Covid-19 vaccination site,” Los Angeles Mayor Eric Garcetti announced that Los Angeles’ five vaccination sites have already administered vaccines to more than 80,000 people. The mayor said that, on Wednesday alone, the Dodger Stadium facility delivered a staggering 7,730 doses.

“The last person exited here, I think about 11,” said the mayor indicating that, with lines still snaking out the lot, those running the site decided to keep the gates running past closing time. We probably did more vaccinations here than anywhere probably in the county if not the world.

Garcetti also revealed that, by the end of the day tomorrow, LA will be finished offering vaccines to all residents of skilled nursing facilities.

Those are significant achievements, but they have not gone off without a hitch.

Garcetti admitted that many at Dodger Stadium waited hours on Wednesday to get vaccinated. One senior told Deadline he waited four hours in line. While the mayor insisted the wait time on Thursday was no more than an hour and averaged about 30-40 minutes, he apologized to those who waited on Wednesday.

Still, Garcetti urged Angelenos to gas up their cars, bring snacks and use the bathroom before getting in line at Dodger Stadium.

One resident who likely did not have to wait four hours was former California Governor Arnold Schwarzenegger, who tweeted a video of his Dodger Stadium vaccination on Wednesday. Arnold did quip, “I have never been happier to wait in a line.”

Today was a good day. I have never been happier to wait in a line. If you’re eligible, join me and sign up to get your vaccine. Come with me if you want to live! pic.twitter.com/xJi86qQNcm

The site’s initial goal was to deliver 12,000 doses a day, and Garcetti indicated they are still working toward that — they have to if they want to be effective. Garcetti said that at Los Angeles’ current vaccination pace, all healthcare workers and seniors wouldn’t be inoculated until June. He says the pace will pick up.

He made a plea to state and federal officials for more doses before saying, “We know we will have more vaccines, so we won’t stay at this pace.

Garcetti also indicated that there are currently two lines of cars that roll through the site. The plan is to add a third queue soon to speed things up.