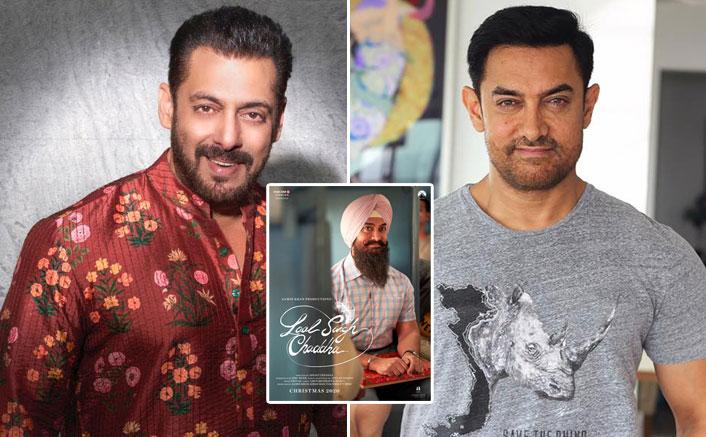 A lot rides on the back of Aamir Khan’s Laal Singh Chaddha that has been in the making for quite some time now. The makers understand the same and are leaving no stones unturned to make it as big as possible. Recently we saw the buzz that the bosses have managed to make a casting coupe and rope in Salman Khan for a special cameo. And if the latest reports are anything to go by, the Bharat actor is all set to reprise his Prem character from Maine Pyaar Kiya and this has to be the most exciting update of the day. Read on to know all about it.

Laal Singh Chaddha, for the unversed, is an official remake of the Oscar-Winning Hollywood cult classic Forrest Gump that starred Tom Hanks in the lead role. The remake stars Aamir Khan in Hanks part as well as actors Kareena Kapoor Khan, Mona Singh, Manav Vij and an ensemble cast. The team has been shooting for the same for a while in several locations in India including Punjab, Delhi and Kolkata.

Now as per a Mid Day report, Salman Khan is all set to make a special appearance in Aamir Khan’s Laal Singh Chaddha. The actor will play his cult character, Prem. Not just that, the makers are planning to erect an entire city to set the tone of the cameo. The scene where Salman makes a cameo is set in 1989. It features Aamir bumping into Salman on the sets in Ooty where several songs from Maine Pyaar Kiya were shot. Ashley Lobo is set to recreate Salman’s iconic black jacket from the film.

A source close to the development said, “Salman plays his role from Maine Pyar Kiya, which was primarily shot in Ooty. The scene is set in the year 1989 when Salman made his debut. It shows him filming in Ooty, where popular songs like Dil Deewana, were canned. For the part, Ashley Rebello will also design the iconic black jacket from the film, for Salman.”

The source added, “Aamir Khan’s character, then an Army man in his 20s, will be seen bumping into Salman. Aamir has been sporting a clean-shaven look over the last few weeks, because that is the demand of the scene.”

Salman Khan will also go through a massive VFX transformation for the same. How excited are you for this Andaaz Apna Apna reunion in Laal Singh Chaddha? Let us know in the comments section below.