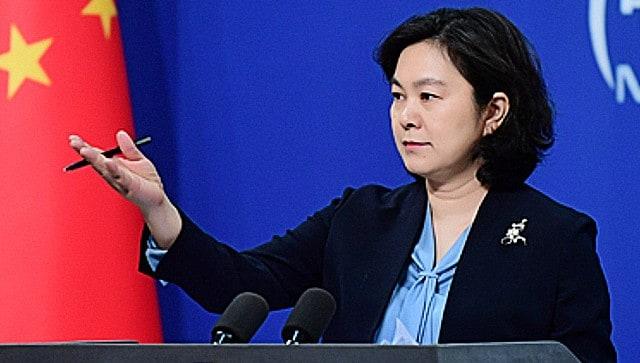 Addressing a briefing in Beijing, Chinese foreign ministry spokesperson Hua Chunying claimed that the ‘merits of the situation at the border area are very clear and the responsibility totally lies with the Indian side’ Beijing: Underlining that common efforts were needed to maintain good relations between China and India, a senior Chinese official on Thursday said that Beijing is committed to resolving the border standoff through dialogue but was also determined to safeguard its territorial sovereignty.

Chinese foreign ministry spokesperson Hua Chunying said this while reacting to External Affairs Minister S Jaishankar’s remarks that China has given India “five differing explanations” for deploying large forces at the Line of Actual Control (LAC) and the violation of bilateral pacts has “very significantly damaged their relationship”.

The comments by Jaishankar on Wednesday during an online interactive session organised by Australian think tank Lowy Institute came against the backdrop of the over seven-month-long military standoff between India and China at the LAC in eastern Ladakh.

“China and India are neighbours and the world’s two biggest emerging markets and keeping good relations serves the fundamental interests of both countries and its people but it requires common efforts from both sides,” Hua underlined at a regular Chinese foreign ministry briefing in Beijing.

“The merits of the situation at the border area are very clear and the responsibility totally lies with the Indian side. China has been strictly observing the agreements signed between the two sides and committed to resolving the border issue through dialogue and we are committed to safeguarding regional peace and tranquillity at border areas,” she said.

“In the meantime, we are determined in safeguarding our territorial sovereignty,” she said in response to a question at the briefing.

Asked to elaborate on the common efforts needed to defuse the current standoff at the border, the spokesperson said, “Like all sovereign states we are determined in safeguarding our territorial integrity. So on the Indian side, I think this is a serious question on what it should reflect upon.”

There are challenges in bilateral relations but China’s position and the policy on India hasn’t changed, she said.

As two major countries and emerging markets, “Keeping good relations serves the fundamental interests of both and we will stay committed to safeguarding the peace and tranquillity in the border area,” she said.

“On the historical issues, China believes that we should find fair, reasonable, and mutually acceptable solutions based on equal-footed consultation and put it on the proper position in our bilateral relations,” Hua said.

“We hope we can reach consensus, properly manage differences, enhance practical cooperation and bring our bilateral relations back on the right track,” she said.

The two countries have held eight rounds of Corps Commander-level talks to resolve the military standoff in eastern Ladakh. However, the talks have not yielded any concrete outcome yet to ease the border tensions.