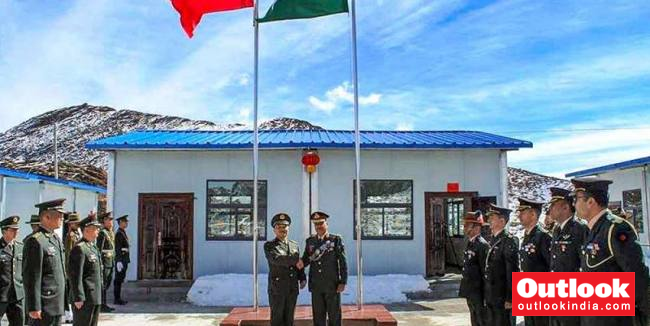 Resuming diplomatic talks on their military standoff, India and China on Friday agreed to continue working towards ensuring complete disengagement of troops in all friction points along the Line of Actual Control (LAC) in eastern Ladakh at the earliest.

At the virtual talks, the two sides agreed that the next round of military dialogue should be held at an early date so that they can work towards an early and complete disengagement of troops in accordance with the existing bilateral agreements and protocols, the Ministry of External Affairs(MEA) said.

The talks were held under the framework of Working Mechanism for Consultation and Coordination (WMCC) on India-China border affairs.

The MEA said the two sides reviewed the developments along the LAC since the last round of the WMCC talks held on September 30. The military standoff erupted in early May.

“The two sides agreed that based on the guidance provided by senior leaders and the agreements reached between the two Foreign Ministers and Special Representatives, they would continue to work towards ensuring complete disengagement in all friction points along the LAC in the Western sector at the earliest,” it said in a statement.

“The two sides noted that the seventh and eighth rounds of senior commanders meetings held on October 12 and November 6 respectively had in-depth discussions in this regard and that these discussions had also contributed to ensuring stability on the ground,” the MEA said.

It said both sides agreed to maintain close consultations at the diplomatic and military level.

“They agreed that the next round of senior commanders meeting should be held at an early date so that both sides can work towards early and complete disengagement of troops along the LAC in accordance with the existing bilateral agreements and protocols, and fully restore peace and tranquillity,” it said.

The talks came a day after India hoped that further discussions between the two countries will help to achieve an agreement on a mutually acceptable solution for ensuring complete disengagement in all friction points along the LAC in eastern Ladakh.

India and China have held several rounds of diplomatic and military talks in the last few months to resolve the standoff.

Nearly 50,000 Indian Army troops are deployed in a high state of combat readiness in various mountainous locations in eastern Ladakh in sub-zero conditions as multiple rounds of talks between the two sides have not yielded concrete outcome to resolve the standoff. China has also deployed an equal number of troops, according to officials.

MEA Spokesperson Anurag Srivastava on Thursday said the two sides continue to maintain communication through diplomatic and military channels and these discussions have helped both sides to enhance understanding of each other’s positions.

“It is our expectation that the further discussions will help both sides to achieve an agreement on a mutually acceptable solution for ensuring complete disengagement in all friction points along the LAC in the Western sector and full restoration of peace and tranquillity as early as possible,” he said.

The eighth and last round of military talks had taken place on November 6 during which both sides broadly discussed disengagement of troops from specific friction points.