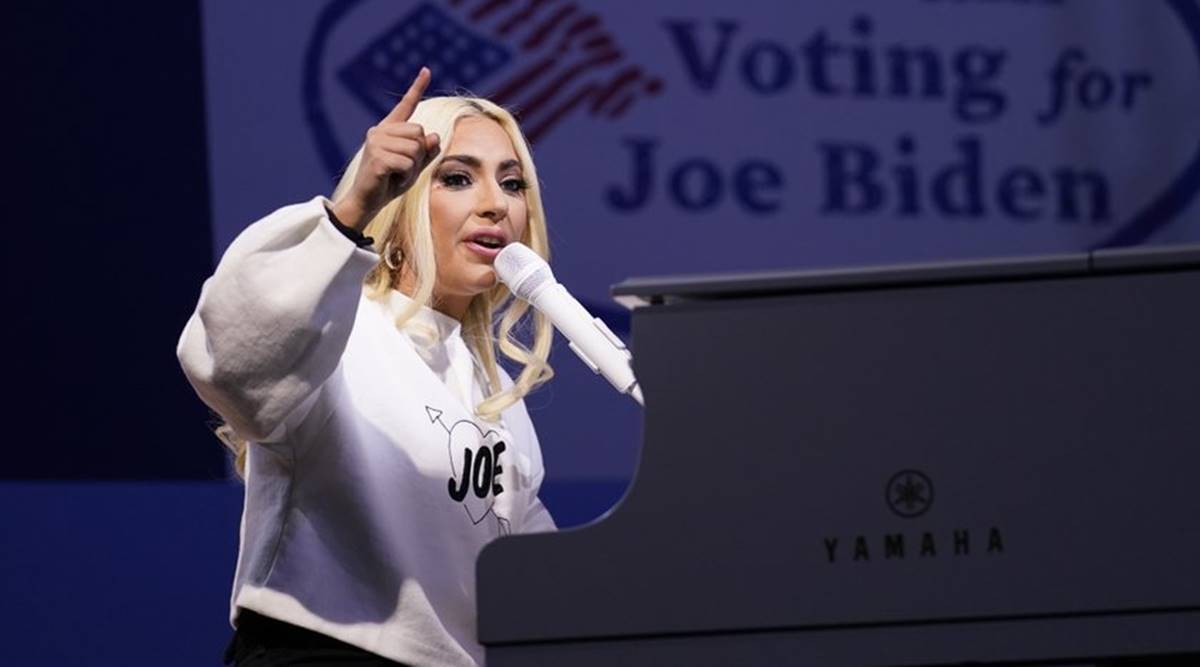 Like so much this past year, the inaugural celebration will be like no other: pared down, distanced, much of it virtual. But for actor Christopher Jackson — the original George Washington in Broadway’s Hamilton — performing in a virtual “ball” is a way of participating in an essential rite of American democracy.

“I’m glad to play a part in it,” says Jackson, who will perform at the quadrennial ball for the Creative Coalition, a fundraiser for arts education and one of the more prominent unofficial events surrounding Joe Biden’s inauguration. “It’s a great honor, and I’m very grateful that we have allowed our system to continue to work in the way it was intended.”

Jackson — not to mention former co-star and Hamilton creator, Lin-Manuel Miranda — joins a slew of celebrities descending on Washington, virtually or in person, for entertainment surrounding the inauguration of Biden and Kamala Harris. Although the festivities have been radically scaled down due to the raging coronavirus pandemic and security threats, a steady stream of A-list names have signed on, headlined by Lady Gaga singing the national anthem on the West Front of the Capitol, with Jennifer Lopez and Garth Brooks also performing.

The inaugural committee has made sure to blend this high-powered list with ordinary Americans and inspiring stories. Segments will include tributes to a UPS driver, a kindergarten teacher and Sandra Lindsay, the first in New York to receive the COVID-19 vaccine outside a clinical trial. The show will be carried by ABC, CBS, CNN, NBC, MSNBC and PBS as well as the committee’s social media channels and streaming partners.

Beyond that event, there’s also a virtual “Parade Across America” on inauguration afternoon, hosted by actor Tony Goldwyn with appearances by Jon Stewart, Earth Wind & Fire and the New Radicals — reuniting after more than two decades — among many others.

There’s was also star power on display Tuesday evening at the virtual “Latino Inaugural 2021,” hosted by Longoria and scheduled to include Broadway and screen star (and EGOT winner) Rita Moreno, Edward James Olmos, and Miranda again, saluting Puerto Rico with his father, Luis Miranda. The show honored members of Latino communities keeping the country running during the pandemic as front-line workers.

Also scheduled Tuesday was “We Are One,” celebrating the Black community and African Diaspora with performances by Tobe Nwigwe, DJ D-Nice, The O’Jays, Rapsody, Step Afrika!, the String Queens and others. And the “AAPI Inaugural Ball: Breaking Barriers” celebrated the Asian American and Pacific Islander communities with planned participants including actors Kal Penn, John Cho, Kumail Nanjiani and Chloe Bennet.

In a normal year, there would be a wealth of sideline events, parties and concerts around Washington. One of the higher-profile events is the Creative Coalition’s ball, going all virtual this year, Along with Jackson, KT Tunstall will perform. Host Judy Gold will kick off with a comedy set, also featuring comedians Randy Rainbow, Michael Ian Black and Wendi McLendon-Covey. More than two dozen members of Congress are set to join celebrity guests like Ted Danson, Lea DeLaria, Jason Alexander, Yvette Nicole Brown, Ellen Burstyn, Alyssa Milano and others.

Jackson, who spoke in an interview late last week while planning his performance, said he would not be appearing as George Washington — but history was on the actor’s mind nonetheless, given the unique circumstances of this inauguration.

“We put ourselves in a perilous position,” he said of recent events roiling the country. “So the idea that this inauguration is happening is testament to the resolute dedication that our public servants have to making this thing work.” He said he was also eager to shine a spotlight on arts education, the coalition’s core mission, noting that as a kid growing up in southern Illinois, he depended on resources like an early-morning band class at school, where he’d begin each day playing the trumpet.

“There was a time when I went through a lot of bad emotional passages as a kid,” Jackson said. “Had it not been for the outlet the arts created for me, I don’t know where I would be today.” He noted that support for the arts is ever more urgent given how the pandemic has decimated the arts industry.

Actor Tim Daly, the coalition’s president, said that despite optimism for the new administration’s approach to arts funding, it’s still an uphill battle in the United States.

“I feel there’s going to have to be a really long and powerful effort by the Creative Coalition and other organizations to finally try and make federal, local and state governments understand the importance of the arts,” he said, adding that the arts, besides being a driver of the economy, “is part of our spirit. It’s how we teach empathy and kindness.”

Daly said he has mixed feelings as he approaches this very unique inauguration.

“This is going to be the strangest (celebration) ever,” he said. “It’s virtual, and the celebration will in some ways be very muted. But in some ways, very meaningful. In a way this year is more important than any other, because our democracy has been under threat.”

The coalition’s ball will include breakout rooms where guests can mingle, and even simultaneous hand-delivered meals in multiple cities. But there’s still no way to replace an in-person experience, Daly acknowledged.

“There’s nothing that takes the place of human interaction,” the actor said. “I’d be lying or dishonest if I said this was better. But we’re doing the best we can — and it’s better than nothing.”