Home EntertainmentHollywood Lady Gaga Sends A Hug, Cardi B Is Stressed, And More Celeb Reactions To The 2020 Election

Lady Gaga Sends A Hug, Cardi B Is Stressed, And More Celeb Reactions To The 2020 Election 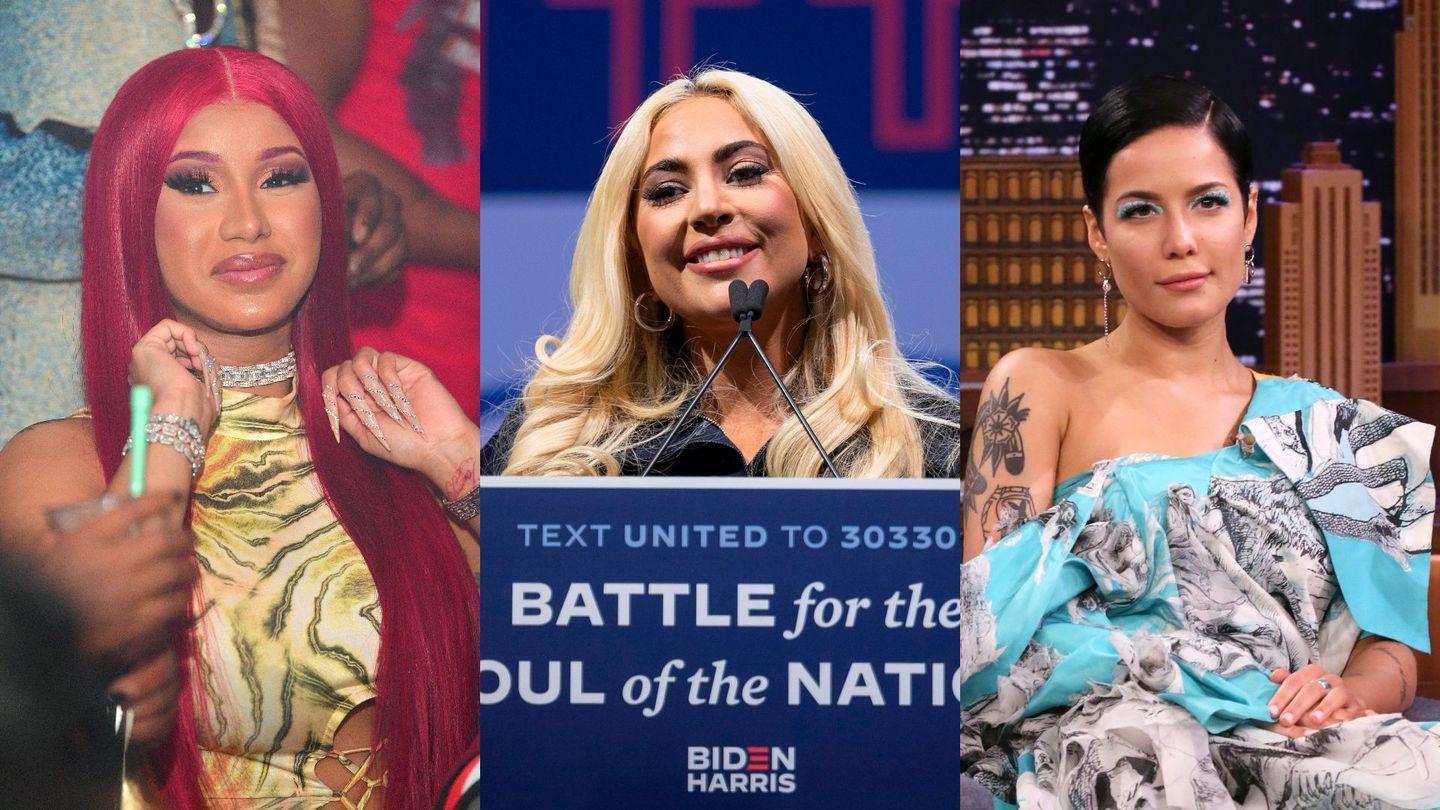 LDR spent Election Night at Denny’s, enjoying a nice, socially distanced spread in a tent, tracking live updates via smartphone. Oh, and she slipped in some pertinent information for fans, namely that her forthcoming “folky” album, Chemtrails Over the Country Club, is delayed due to vinyl processing backups. But in the meantime, Lana’s got you covered. “In the meantime, I’m gonna give you a digital record of American standards and classics for Christmas,” she said, holding a Denny’s coffee mug, “because I can’t get the record plants to open ’til March 5.” (She also clapped back at a fan who claimed she voted for Trump with a simple message: “Go. Fuxk. Yourself.“)