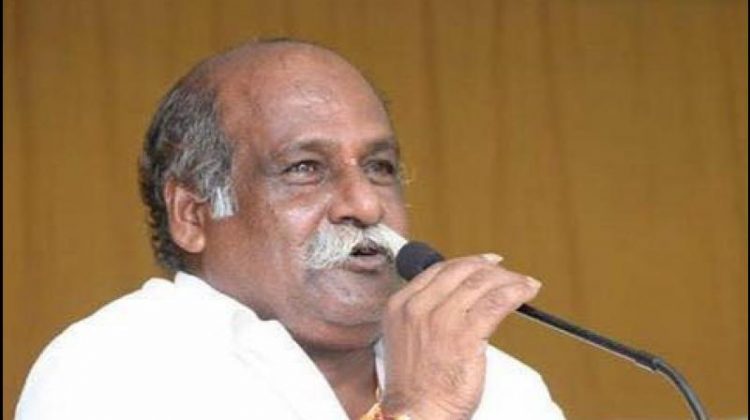 Visakhapatanam: High drama prevailed at the well-known Saibaba Temple on Beach Road in Visakhapatnam on Sunday morning when Anakapalle MLA Gudivada Amaranth and a large number of YSRCP workers waited for TDP MLA Velagapudi Ramakrishna Babu to swear on Baba and announce that he never grabbed an inch of government land.

After waiting for an hour, Amarnath and his followers left the temple premises declaring that by not presenting himself, the TDP MLA has accepted his guilt of grabbing government land.

Allegations and counter allegations have been exchanged after revenue and GVMC personnel got vacated the 290 square yard government land at a prime locality near Rushikonda and 40 acres of land in Mudasarlova, opposite to Central Jail and abutting BRTS road.

“Vijay Sai Reddy is too big a man for Velagapudi. Hence, we have come to Saibaba Temple and waited for him for hours with all evidence of his land grabbing,’’ Amarnath told reporters. He maintained that government has enough evidence to nail the TDP Urban MLA. The SIT report would further strengthen the case against Velagapudi, sufficient enough for sending him to jail.

“Velagapudi will go to jail. It is a certainty,” Anakapalle MLA declared before reporters.

Police personnel were deployed to prevent any untoward incident.