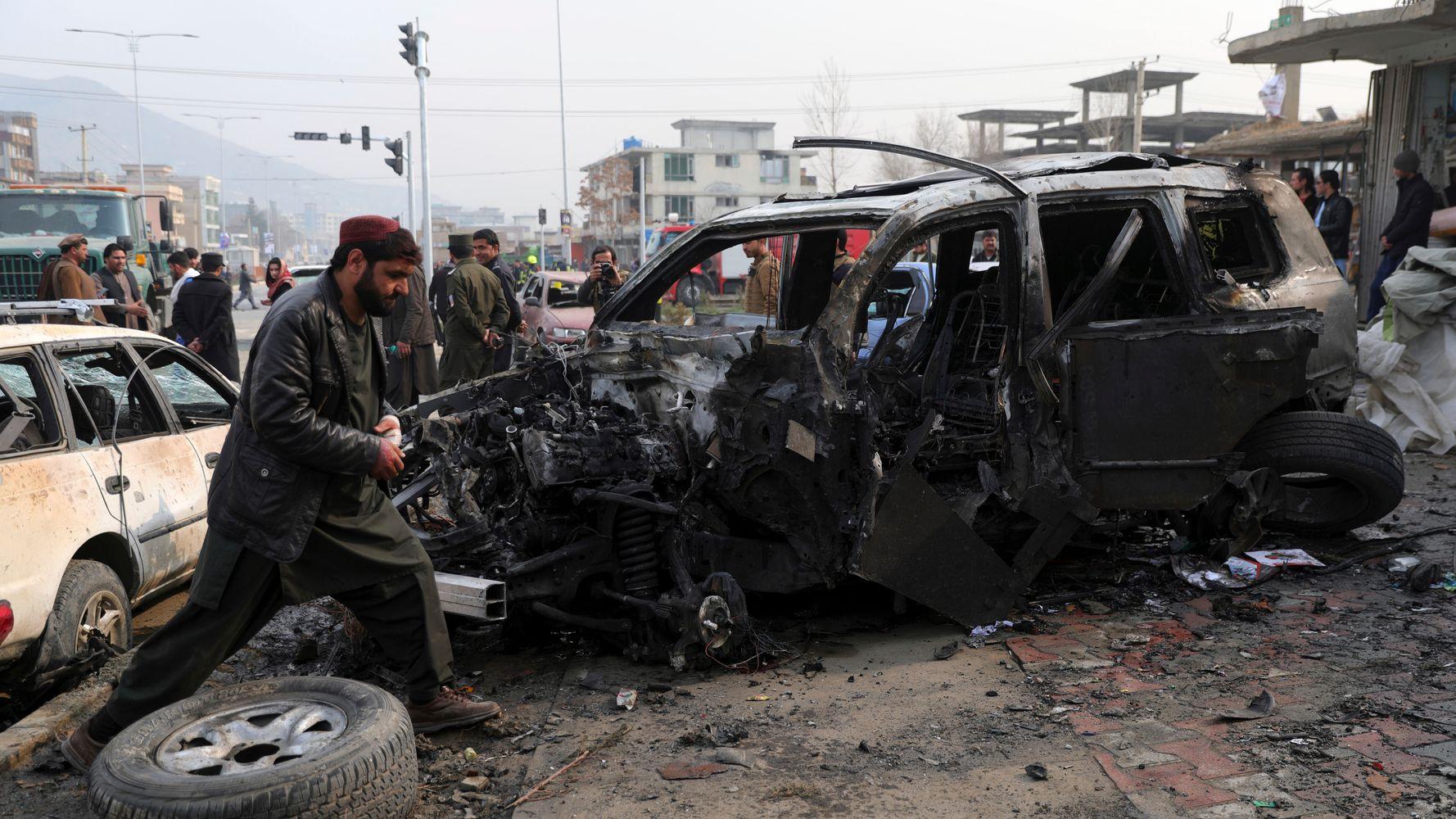 Interior Minister Masoud Andarabi told reporters at the site of the attack that the attack wounded around 20 others, including a member of parliament, Khan Mohammad Wardak. Andarabi said the lawmaker was in “good condition.”

The interior minister added that the casualty toll could rise further.

The attack happened while the lawmaker’s convey was passing through an intersection in Kabul’s Khoshal Khan neighborhood. The blast set afire surrounding civilian vehicles, as well as damaging nearby buildings and shops.

No one immediately claimed responsibility for the attack.

In a statement condemning the attack, Afghan President Ashraf Ghani said that the Taliban should stop violence against civilians and accept a ceasefire, to facilitate the current peace process.

Ghani’s statement did not directly lay blame on the Taliban for the car bombing or offer evidence that the group was responsible for it.

IS also claimed responsibility for Saturday’s rocket attacks at the major U.S. base in Afghanistan. There were no casualties in that assault, according to NATO and provincial officials.

A NATO official confirmed the attack and said initial reports indicated that the airfield was not damaged.

In another report from the southern Helmand province, the Afghan Defense Ministry in a statement confirmed that a suicide car bomber tried to attack an army checkpoint, but was identified and shot by soldiers.

Two soldiers were slightly wounded in the attempted assault in Nawa district, the ministry said.

No one claimed responsibility for the attack in Helmand.