Home Largely free of the virus, New Zealand could party like it was 2019.

Largely free of the virus, New Zealand could party like it was 2019. 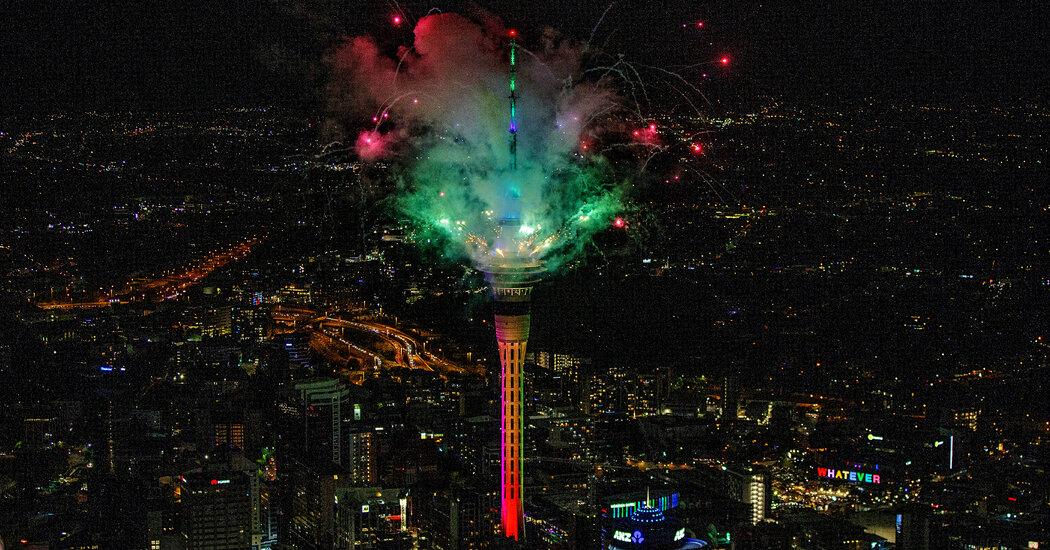 By 11 a.m. on New Year’s Eve, the supply of craft ale at liquor stores in the popular beach town of Raglan was already somewhat depleted, as throngs of New Zealanders prepared to be among the first to bid farewell to a thoroughly unusual year.

With the threat of the pandemic all but banished from its shores, at least for now, New Zealanders have approached the holiday season much as they ordinarily do.

From mid-December, the country slides into a kind of weekslong summer daze, as city workers flee for scenic spots along the coasts and countryside. Schools close until February, public radio adopts summer programming — less news, more tunes and cricket commentary — and dry cleaners and cafes on even Auckland’s busiest streets shut for weeks at a time.

On New Year’s Eve itself, Aucklanders gathered at beachside neighborhoods to watch a five-minute midnight firework display over the harbor. Groups of friends toasted the new year, which arrived at 6 a.m. Eastern, at barbecues at rural holiday homes. And in Gisborne, on the east coast, thousands of revelers together counted down to 2021 at Rhythm and Vines, which bills itself as “the first festival in the world to welcome in the first sunrise of the New Year.”

Masks remained optional throughout, and were rarely worn.

To stave off the threat of another coronavirus outbreak over the summer months, the New Zealand government has introduced improved Bluetooth-powered contact tracing and pushed to maintain high levels of hand-washing. Ashley Bloomfield, the country’s director-general of health, made a video appearance to cheering crowds at Rhythm and Vines and other events across New Zealand, as he urged them to “unite against Covid-19,” over booming dubstep-inflected beats.

The promise of a warm New Zealand summer, along with its Covid-free status, has lured many New Zealanders overseas back home over the Christmas and New Year break for weeks or months at a time.

After being released from two weeks’ mandatory hotel quarantine, Jack Murphy, 33, an advertising planner based in Dublin, spent the evening with friends from high school at a holiday home in Raglan.

Experiencing the pandemic in Ireland, which is set to enter another strict lockdown, had cast summer in New Zealand into even sharper relief, he said. “It’s made all the more special by how privileged and lucky we are to be here, and to come home.”