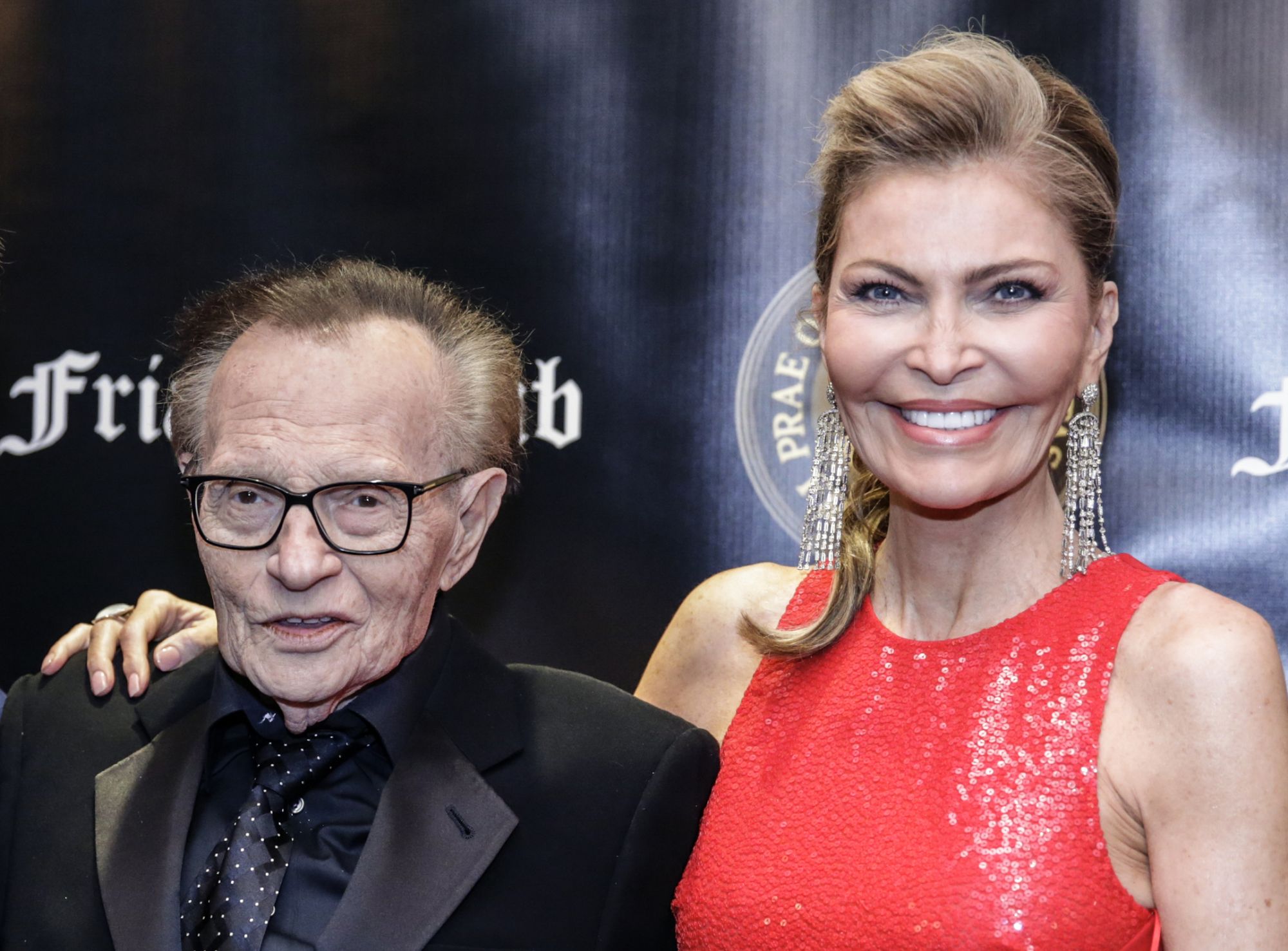 Larry King has been laid to rest.

The television icon’s wife, Shawn King, confirmed to Entertainment Tonight a private funeral was held this week. At the service, Larry’s family dressed up in his signature suspenders to pay tribute.

“We all, it was just family, we wore Larry’s suspenders, every one of us,” she shared. “And it was a beautiful, loving … just perfect, just perfect. It was family. There was no showbiz, no, none of that.”

Larry passed away on Saturday at age 87, weeks after he was hospitalized with COVID-19. The radio legend battled various health issues in recent years. He is survived by Shawn, 61, their two sons, 21-year-old Chance and 20-year-old Cannon, plus Larry King, Jr., 59, whom he shared with ex-wife, Annette Kaye. Shawn told ET the family is still processing his death.

“We laid him to rest this morning. And in the Jewish faith, they do it very quickly, so you almost don’t have time to, for me, to process,” she said in the interview airing on Wednesday. “I’m still processing. And as are the boys, the whole family is just, you know, yeah.”

Larry filed for divorce from Shawn, his wife of more than 20 years, for the second time in August 2019. The Larry King Live host was married eight times to seven women. It’s unclear what the estranged couple’s status was at the time of his death, but a hearing on their divorce was set for April.

In February 2020, Larry told People he would “always care” for his wife, but that “it just hit a point where we didn’t get along.”

“We had a big age difference and that eventually takes its toll,” he admitted. “It became an issue. Also, [Shawn] is a very religious Mormon and I’m an agnostic atheist, so that eventually causes little problems. We overcame a lot, but eventually it became a ships-passing-in-the-night situation.”

Although Larry was raised Jewish, he explained in 2005 he’s “not a religious Jew,” but is “so culturally Jewish.”

“I don’t know if there’s a God. I’m a classic agnostic, but I’m a Jewish agnostic,” he shared. “That is, ‘Maybe there’s something! Don’t count it out!’”

“Death is maybe the great equalizer, I think,” she told ET. “You know, when you experience it with people who we really, really love, all the other noise and the nonsense that could be surrounding, it just goes away and the family goes close together. And that’s what happened. You know, it was beautiful.”