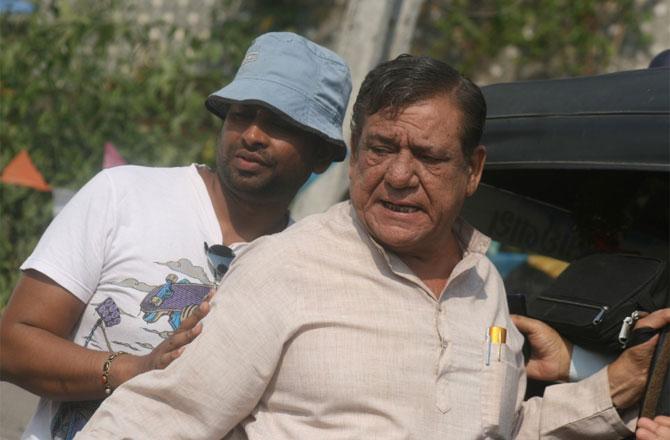 Late actor Om Puri sung a song for his last film Omprakash Zindabad titled ‘Uthveer Shoorveer’. The film released on December 18 in theatres under the banner of Panorama Studios.

Talking about his singing, debut director Ranjeet Gupta shared, “Om Puri ji sang a song in this film for the very first time in his film career. When I and my music director Vipin Patwa first asked him to sing, he was surprised and said he could not sing. But we insisted and rehearsed for 2 days and then on the day of recording he got so nervous that he refused and walked out of the studio. We were so disappointed. But then after 2 days, Om Ji called back and told us that he was ready to sing and told us to book the studio. He came and recorded the song flawlessly. We came to know that for the last 2 days he canceled everything and was just rehearsing the song at home.”

The story of the film revolves around Chiraunji village in Uttar Pradesh and shows how lower caste daily wager Ram Bhajan, who wants to earn more money, tries to misuse a government scheme and faces caste politics and corruption.

The film is produced by Khalid Kidwai and directed by Ranjeet Gupta. It is the last film of both late actors Jagdeep Jaffery and Om Puri. It also also stars Kulbhushan Kharbanda, Ishtiyak Khan and Zakir Hussain, Seema Azmi, Shweta Bhardwaj, Ram Sethi and Rajkumar kanaujia.