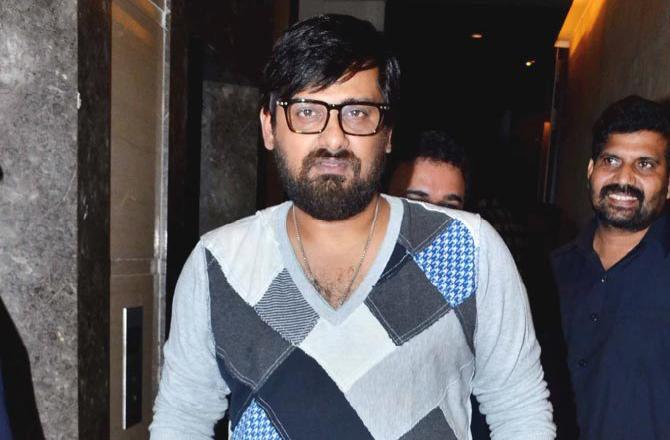 Music composer Wajid Khan, of Sajid-Wajid fame, passed away on Monday, June 1 in a hospital in Mumbai. The 42-year old singer-composer was reportedly affected by COVID-19 apart from battling heart and kidney-related ailments. Wajid Khan’s death shocked everyone in the film industry and many Bollywood celebs took to social media platforms to express their grief and offer condolences to the bereaved family.

In a recent interview, Wajid’s wife Kamalrukh talked about the bond she shared with him. Speaking to YouTuber Ujjawal Trivedi, she said, “He was a wonderful man, a talented musician, but if there was one flaw in him, it was this: he wasn’t strong-minded. He could be easily influenced, especially in matters of faith. We used to fight about this, even after we had two kids. This was the narrative, day in and day out. The last straw was when he threatened to divorce me if I didn’t convert. This was in 2014.”

She continued, “He used to leave and stay at his mother’s house, sometimes for months on end. When he threatened to divorce me, I said ‘fine, let’s go ahead’. Even in court, I made my case about being under pressure to convert. His career was at stake, which is why this never came out in the public, but this had been going on since 2014.”

Speaking about his last days, Kamalrukh revealed that the last days of his life ‘were very sad’ as he couldn’t meet his family because of COVID-19.

A fortnight ago, Kamalrukh had alleged that her in-laws tried to force her to convert to Islam. She said that she was subjected to “scare tactics” and was made an “outcast” by her in-laws due to her interfaith marriage. She shared her ordeal in an Instagram post.

Several Instagram users, including celebrities namely – Ashoke Pandit, Kangana Ranaut reacted to Khan’s post. Ashoke Pandit commented, “It’s really heart-wrenching. Kudos to you for fighting this battle all alone against those who don’t believe in humanity. After going through the entire story one feels the law against forced conversion is a must. More power to you [sic]. Producer Sanjeev Singh Pal wrote, “More power to you, god bless you always, proud of you [sic]”

Reacting to Kamalrukh Khan’s post, Kangana Ranaut, in a series of tweets, posed a question to Prime Minister Narendra Modi regarding how our nation is protecting minority communities like the Parsis, which do not seek sympathy by creating tension and which are decreasing in numbers.

Parsis are the genuine minority in this nation, they did not come as invaders they came as seekers and gently requested for mother India’s love. Their small population have hugely contributed to the beauty- growth and economy of this nation ( cont) https://t.co/5hkLcKSeEy

The actress wrote: “She is my friend’s widow a Parsi woman who is being harassed by her family for conversion. I want to ask @PMOIndia minority that don’t do sympathy seeking drama, beheadings, riots and conversions, how are we protecting them? Parsis shockingly decreasing numbers.”

Reveals India’s own character as a mother, child who does most drama unfairly gets most attention and advantages. And the one who is worthy, sensitive most caring and deserving ends up being a nanny to the one who keeps throwing fits…. we need to introspect #anticonversionbill