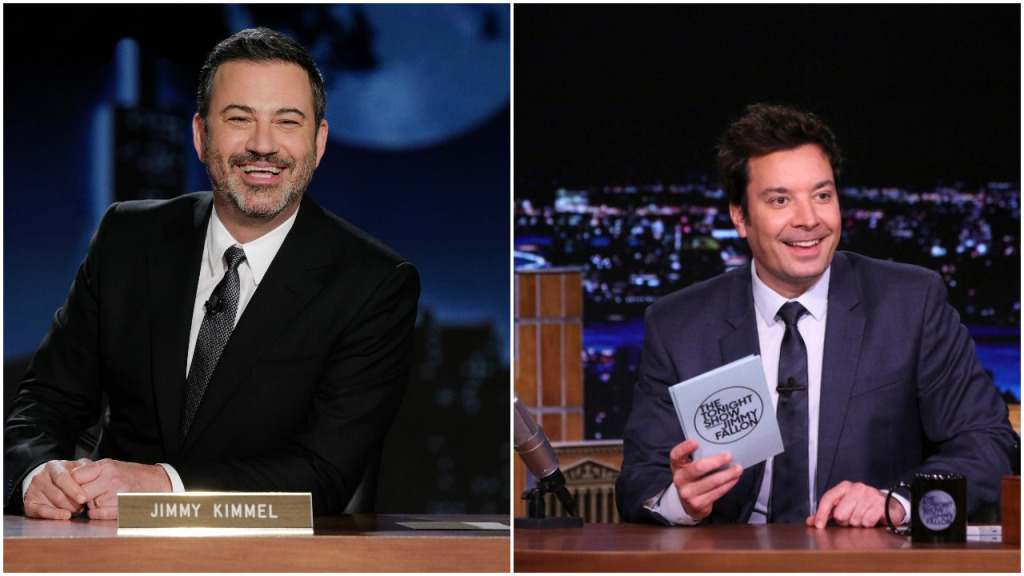 “These are the late-night wars,” said Jimmy Kimmel.

However, the host of ABC’s Jimmy Kimmel Live! was not referring to ratings or the battle over hosting The Tonight Show.

He was talking about pizza.

A couple of days ago, Fallon posted a three minute video of himself making his own pizza to Instagram and the video has had over 1M views.

The former SNL-er said he had been inspired by watching Stanley Tucci’s CNN series Searching for Italy to make his own pizza. Although he nearly set off his fire alarm, Fallon rolled his dough, got his San Marzano tomatoes and stuck his creation in his Breville pizza maker.

“That is the best we’ve ever had, that’s unbelievable. Kids, we have dinner and breakfast for tomorrow,” he said as his wife Nancy Juvonen filmed him.

Kimmel took umbrage with this and decided to put out his own rival pizza video.

“Hey Jimmy, it’s Jimmy. I saw your pizza making video on Instagram, it was very cute, you’re very cute. I heard you describe the pizza you made as the best pizza ever and I didn’t have it but I’m going to disagree with that. There are a few mistakes,” he said. “Stanley Tucci is a friend of mine and you, my friend, are no Stanley Tucci.”

Kimmel called Fallon’s use of a rolling pin “outrageous” and declared that pizza rough needs to be stretched, not rolled otherwise it takes the air out of it. He called San Marzano tomatoes “complete nonsense”, instead using Bianco DiNapoli tomatoes, added if you “order extra cheese, you’re an animal, go eat at Dominos” and called Fallon’s “little waffle maker” adorable as he put his version into his outdoor pizza oven. “So much better that yours,” he added.

The battle for late-night viewers may be heating up – Fallon’s show has been touting its gains in 18-49 viewers in recent weeks while Kimmel’s show is ahead in total viewers – but Kimmel used the pizza battle to raise money for charity.

He called on viewers to donate $5 to No Kid Hungry – a national campaign committed to ending childhood hunger in the U.S. – to help decide whose pizza was better.

You can watch the videos below and donate via texting FALLON or KIMMEL to 877877.