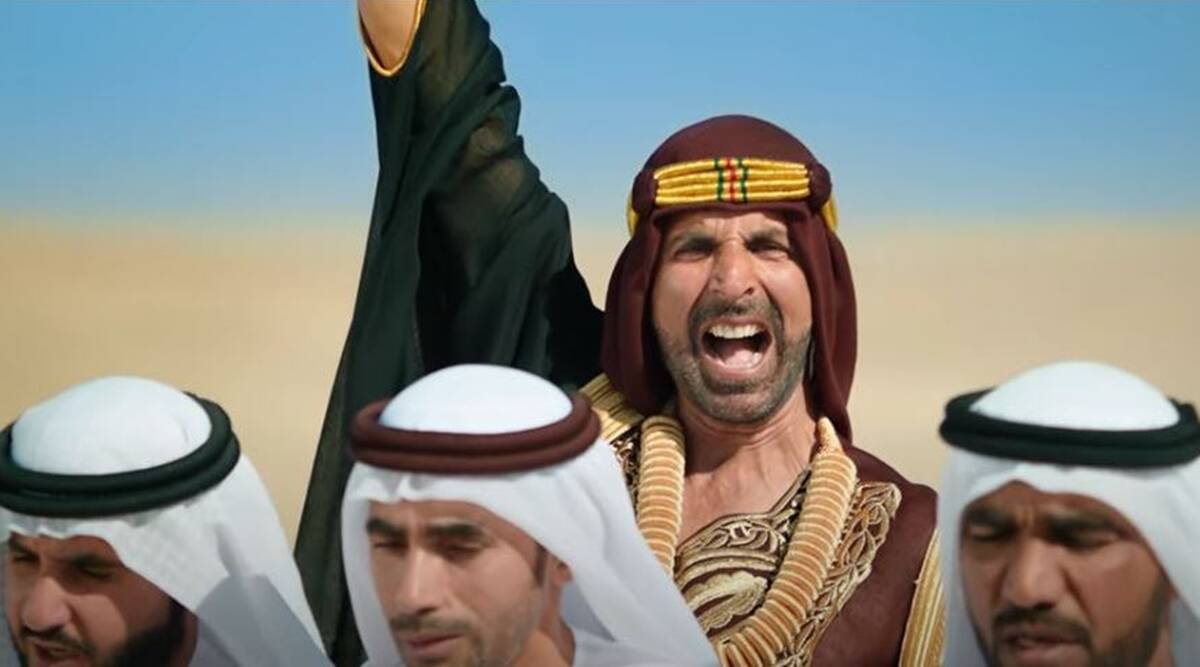 The makers of Akshay Kumar and Kiara Advani-starrer Laxmmi Bomb has dropped the film’s first song, “Burjkhalifa”, and the Punjabi track can be best described as a peppy, but pointless number.

Composed by Shashi-Dj Khushi, who share vocals with Nikhita Gandhi, and penned by Gagan Ahuja, “Burjkhalifa” joins the ever-growing list of Punjabi songs in Bollywood films. And like many such songs, it has English lyrics, pop-culture references (case in point, Kylie Jenner’s fashion) and a catchy hookline.

The video, however, is barely passable. With an Akshay Kumar in a Punjabi song, one expects arresting visuals but “Burjkhalifa” is a display of poor, aimless choreography. Unlike his previous songs, there’s no fun in watching Akshay dance here. Even his theatrics, which are otherwise absurdly funny, evoke no reaction.

Kiara Advani, who was a delight to watch in the Punjabi dance tracks in Good Newwz, has neither been given concrete steps nor has her screen presence been exploited.

With random shots of the Burj Khalifa thrown in the background as Akshay and Kiara do nothing except monotonously groove, one only wonders about the purpose of such a shoddy track, more so in a film like Laxmmi Bomb.

Laxmmi Bomb will premiere on November 9 on Disney Plus Hotstar.

RELATED:  A bruised Kangana Ranaut says ‘bring it on’ after 14 hours of ‘non stop action’ for Dhaakad