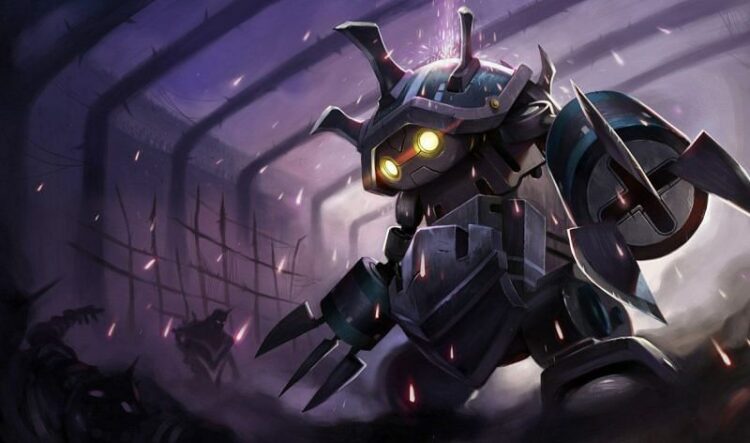 Reworks have been a great way for Riot Games to keep some of their older League of Legends champions viable throughout the changing metas.

With Riot now deciding to bring some much-needed improvements to the League of Legends Armordillo, Rammus, the devs finally revealed some of the VFX updates that they are planning for him once the rework hits the live server.

Rammus’ Gameplay update will be rolling to PBE tomorrow, and here are some of his new VFXs~! ✨

Here’s a video of his new Base VFXs~!

More info and skin changes in the thread below~ 👇 pic.twitter.com/SntkV7P5ao

Riot Sirhaian, senior VFX artist at Riot Games, League of Legends, tweeted a teaser video featuring some of the visual upgrades that Rammus is set to receive.

With the changes hitting the PBE server sometime today, Riot suggests that Rammus’ new changes will go live by the end of Spring.

Alright, let’s start by showing his skins! And what better skin than his King Rammus!

Sadly, I was not allowed to make new VFXs for this skin, BUT I was allowed to add a little stylized crown to his W. 👑 pic.twitter.com/Y11iAfezAq

Sirhaian highlighted some of the following VFX changes that Rammus is set to receive in a future League of Legends update.

Rammus’ Powerball will show clear wheel marks when the update finally goes live. The high-speed roll will allow him to leave tracks on the ground and kick up dirt as his shell spikes hit the ground. The quantity of flying dirt will vary based on the speed that Rammus is traveling in.

With the new VFX update, Rammus’ Defensive Ball Curl will feature spikes instead of just a round shield.

Rammus’ taunt ability is what makes him such an oppressive jungler to deal with in the lower League of Legends ranks. It would taunt an enemy, making them move towards his direction while hitting him at the same time.

Previously there was no indicator as to which direction the enemy would face once taunted. However, with the new VFX changes, Frenzying Taunt will look a lot like Rell’s E, Attract and Repel, but with clearer directional indicators.

Rammus’ R will be reworked, and Tremors will be replaced by the new ability, Soaring Slam. The new ultimate will allow him to jump up in the air and slam down on the ground damaging enemies and slowing them down.

Enemies who are hit by the center of the attack will receive additional damage. If Rammus uses his Q before using his ultimate, then Soaring Slam will have an additional knock-up effect.

However, one element of the old ultimate will remain. As soon as Rammus uses his Soaring Slam, he will create tremors or damage aftershocks for a while.

The upcoming Rammus changes do look very exciting, and the Armordillo might just become a priority pick in League of Legends’ ranked solo queue.