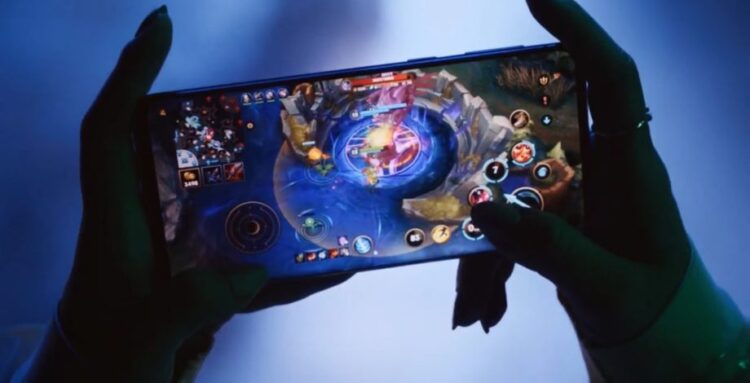 Updated, March 29, 2021 (04:30 PM ET): Today is a big day for League of Legends fans. Starting now, North American players interested in joining the open beta for League of Legends: Wild Rift can do so. This gives you full access to the game as it stands in its development process.

In addition, a new patch for this open beta is rolling out today. Patch 2.2 features a slew of new features and updates, including the addition of five new champions. The full patch notes are here.

Original article: Months after rumors of a League of Legends mobile game surfaced, Riot Games made it official during its ten-year anniversary event. However, League of Legends: Wild Rift is an entirely new game, rather than just a mobile port of the world’s most popular game.

So what is this new mobile MOBA? Keep reading for everything you need to know about League of Legends: Wild Rift!

What is League of Legends: Wild Rift?

The gameplay is still 5v5 MOBA action, but with a unique mobile spin. The map is slightly smaller, you cast abilities with dual-stick controls, and match times are a mobile-friendly 15 minutes. It’s also Riot Games’ first excursion into the mobile space. But given the company’s ties to mobile gaming powerhouse Tencent Gaming, expect a level of polish greater than that of its competitors on mobile platforms.

How much does it cost?

Like the game on which it’s based, Wild Rift will be completely free-to-play, with in-app purchases for skins and other cosmetic content. Similar to the PC version of League of Legends, all champions can be unlocked via gameplay alone. Of course, you can simply purchase them outright to speed things up.

Riot has committed to making the game even more free-to-play-friendly than LoL with more champ giveaways as you level up. Blue motes serve as the free currency (similar to blue essence from the PC version) and can be used to unlock more champions. Poro coins are another currency that’s used to buy cosmetics such as champion poses, emotes, and baubles. You can also use poro coins to buy a random skin, although it will take a while to save up.

The paid currency, called Wild Cores, is used for champions, skins, and other cosmetic items. For now, skins are based on existing LoL skins, but future skins may be original to the mobile version.

What is the League of Legends: Wild Rift release date?

Although no official Wild Rift release date has been announced, the regional beta is now available in many parts of the world. After a limited alpha, players in North America, Europe, Vietnam, Oceania, Taiwan, Turkey, Russia, CIS, Middle East, and North Africa can now play.

If you live in a supported area, you can download the beta now on the Google Play Store, or visit the official website to learn more.

How do you play Wild Rift?

Wild Rift features the same ability system as LoL PC, but with a mobile control layout. Like many other mobile MOBA titles, this means a dual control stick scheme, with the left stick for moving your character and the right stick for aiming your abilities.

Many champion skills have been adjusted to be easier to control on touch screens. For example, you can aim Ashe’s ultimate Enchanted Crystal Arrow, rather than shooting it in a straight line. Long-range skill shots also zoom out the camera to make them easier to land on off-screen enemies.

All champion skills now have an active component, although they retain the same general purpose. To better suit the new control scheme, Riot turned point-and-click abilities into skill shots. These changes make the game more accessible for mobile and console players but still allow for a high skill ceiling for competitive play.

Auto attacks and certain skills also use a new auto-targeting system for both creeps and champions. There are two extra auto-attack buttons to target towers or creeps to give you more control. Farming is also much easier with a new color indicator for when you can last hit.

Riot Games also slightly reworked items, although they generally still fill the same role as PC LoL. The major exception to this is active items, which now work as enchants on boots. Each player can only purchase one enchant, so make sure you choose wisely between Zhonyas stasis, QSS, Redemption heals, and so on!

Jungle and support items have been removed, as well. Smite now has passive abilities built-in, and gold generation for supports is now accounted for in other ways. However, warding and sweeping wards remain an important part of controlling the map.

As a whole, Riot accelerated Wild Rift gameplay to accommodate mobile play. Instead of the 25-50 minute matches found in LoL PC, Wild Rift will have 15-18 minutes matches. It’s possible that ARAM-style game modes will further reduce this, although for now only the Wild Rift map has been previewed.

The Wild Rift map is similar to the PC LoL map, with a few very significant changes. The biggest change is that the map is mirrored, so your base is always in the bottom left. Top and bottom lanes have been renamed solo and duo lanes to suit. This change makes sure your fingers never cover important parts of the screen no matter which team you’re on.

Inhibs have been removed and their function baked into the towers that used to protect them. Nexus towers are also gone, with the Nexus itself fighting back against attackers.

The jungle layout has also been tweaked and streamlined for faster play. Drake buffs have been changed to have a more active impact, too. For example, ocean drake now gives a damage vamp instead of passive regeneration. When you defeat the Elder dragon toward the end of the game, it gives three times the effect as the drakes before it.

What champions are in Wild Rift? Currently more than 50 champions are available in the Wild Rift beta. These include most classic champions such as Annie, Malphite, and Nasus, as well as later releases like Seraphine, Yasuo, and Camille. Riot Games completely redesigned and rebuilt every champ from scratch, so not all current skins will be available at launch.

It’s worth noting that there are no intentions to bring the full 150+ LoL roster to Wild Rift. Obviously, Riot is focused on the champs that best fit the new control scheme. In the future, the developer could even release mobile-only champs. Here’s a full list of Wild Rift champions we’ve seen so far:

League of Legends: Wild Rift will be available for mobile and consoles, but Riot Games will not offer cross-play between the two. Cross-play with League of Legends PC is also out of the question, as they are completely separate games. Not even champs or other unlocks will transfer from your LoL PC to Wild Rift account.

However, certain events will cross over between the two games, and Riot could offer cross-play in the future between mobile and consoles.

What phones are compatible with Wild Rift?

Riot Games has committed to making its keystone mobile title playable on a wide variety of devices. For Android, this means devices roughly equivalent to the Samsung A7, or devices with the following specs or higher: 1GB RAM, Qualcomm Snapdragon 410 processor, Adreno 306 GPU. On iOS, it should run on anything newer than the iPhone 5s.

For the early betas, the developers are focused on reducing packet loss, battery drain, and data usage. More powerful phones will have full 60fps support, but the goal is to lower the bar as much as possible so anyone can play.

Will progress and champions from League PC transfer to Wild Rift?

No. Although you can connect the two accounts, progress in the two games is separate. However, veteran League of Legends players can earn some special rewards for the years they’ve spent playing the game. Details are still pending on what those rewards actually are.

Will there be a Wild Rift pro scene?

There aren’t specific plans for an LCS-like Wild Rift pro scene, but it’s definitely on Riot’s radar. For now, the focus is on getting gameplay right, but there will be a ranked mode for players above level 10. Stay tuned for more about this as the game is closer to release.

Can I play Wild Rift on a PC emulator?

Yes, you can technically play Wild Rift on a PC with the use of an emulator. However, Riot Games hasn’t decided how to approach the issue. For now, Riot won’t ban you (unless you’re cheating). In the future, the company may change its policy.

That said, playing on a PC won’t give you much of an edge. Because of the two-stick control scheme, a mouse-and-keyboard may actually be a hindrance.

That’s it for everything you need to know about Riot Games’ first mobile game! Are you excited to hop onto the Wild Rift? Let us know in the comments below!