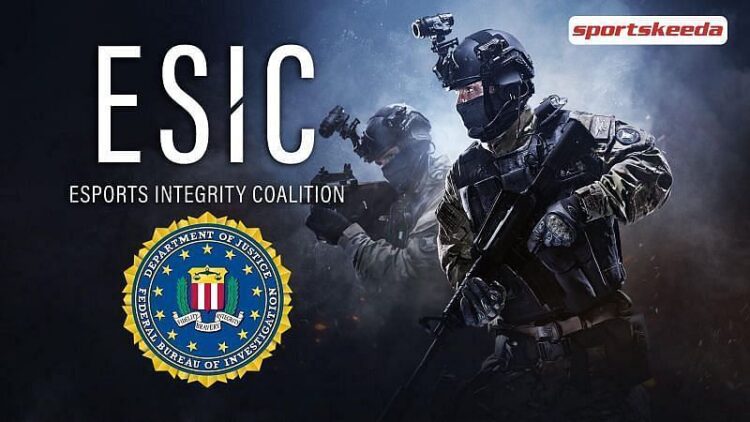 The recording was released after Ian Smith, the Commissioner of the Esports Integrity Commission (ESIC), revealed that the FBI joined hands with ESIC in investigating the North American CS: GO match-fixing scandal.

The three CS: GO players allegedly featured in the audio are Sebastian “retchy” Tropiano, Kevin “4pack” Przypasniak, and Carson “nosraC” O’Reilly, who were all part of the organization Rebirth at the time.

They can supposedly be heard openly discussing the outcome of their matches against Incognito and Russian Canadians. There is also mention of two other CS: GO players’ name in the recording, who are Alex “vek” Voynov and David “J0LZ” Jolin, as having agreed to partake in the match-fixing scheme.

However, Vek denied any involvement with match-fixing in a now-deleted twitlonger post. Moreover, Dexerto interviewed J0LZ, where he denied having made any agreement with Retchy.

The full transcript of the recording is as follows:

Sebastian “retchy” Tropiano: No it’d be sus if you played Incognito like the full game, but if you joined at half, it’d look real. Or not even at half, in the middle of the game while it’s going, you just join, “my internet’s back”, we get shrek out of the server and it looks normal.

Kevin “4pack” Przypasniak: and the fact that you didn’t even say anything about the Russian Canadians game, that’s even more fucked, but…

Kevin “4pack” Przypasniak: What do you mean what? You didn’t say anything about it.

Sebastian “retchy” Tropiano: What do you mean?

Sebastian “retchy” Tropiano: No, I’m serious, what are you talking about?

Kevin “4pack” Przypasniak: What do you mean? I was just talking yesterday about winning a match so we can play Mythic in playoffs, you didn’t say anything. Now today you just come into the TeamSpeak and you’re like, “yeah, we’re just gonna lose the game.” Like what? *scoffs* what do you mean?

Sebastian “retchy” Tropiano: We’ve been planning to lose this game for the last five days; it makes the most sense out of every game in MDL. They need this win, we don’t need the win, and with their IGL on radar and you off the server, it looks guaranteed real.

Carson “nosraC” O’Reilly: I don’t know if vek will agree to radar.

Sebastian “retchy” Tropiano: He does, he agrees to radar. On the condition that I’m letting him use two Bitcoin sites, and I’m going to share profit from those two sites. And J0LZ is okay with it too. And they’re not- I told them there’s no way you tell battery or Saturn, it needs to look like a legit tryhard game.

Kevin “4pack” Przypasniak: Alright, whatever. But I’m not setting up the Incognito game, I told you.

Sebastian “retchy” Tropiano: I know, I don’t think you should, you should join in while shrek is playing, like three rounds in.

Sebastian “retchy” Tropiano: No, the main thing is that if it shows six people on HLTV, it’ll look so good.

Kevin “4pack” Przypasniak: Well, you can set it up or something, I dunno.

The long series of cheating and match-fixing scandals in the CS: GO scene recently

This audio recording reveal comes after a chain of other cheating and match-fixing scandals in the North American CS: GO scene. Quite naturally, the CS: GO scene is under rigorous scrutiny.

In September 2020, 37 CS: GO coaches faced the ban hammer across all ESIC member tournament hosts. This was only the tip of the iceberg, since ESIC came up with initial results after investigating 20% of the available data.

In October 2020, ESIC issued bans on 7 CS: GO pro players after their involvement in betting-related offenses. ESIC made it clear that they were not taking these offenses lightly and that they were involving Australian Law Enforcement in the case, since Australian Criminal Code was breached.

All these scandals also had a chilling effect on the Valorant scene, as several of the CS: GO players meanwhile switched ship to Valorant at that point.

Worth mentioning that some people are co-operating and that ESIC do take that into consideration for bans by reducing duration. It’s looking increasingly unlikely that hopping across to Valorant is going to spare you, so do yourself a favour while you canhttps://t.co/QreVDlmoKM

Then at the end of March 2021, the involvement of FBI in the investigation became public, which indicates there will be far-reaching effects, not only to the pro players involved in the scandal, but to the CS: GO and the Valorant esports scenes as well.

While all these investigations and convictions are not good for the public image of the esports scene, the end result after stringent punishment of the perpetrators will hopefully ensure a clean and fair competitive environment.