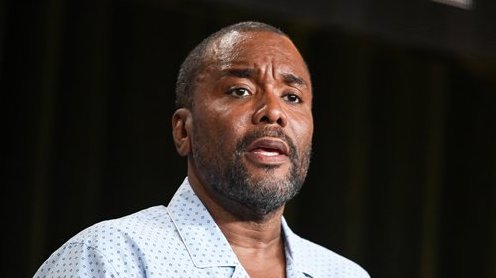 “I want to say I wasn’t shocked, but I was shocked,” Lee Daniels told CNN this evening of his reaction to the murderous assault on Congress but a horde of MAGA morons on January 6.

Joining Don Lemon on the AT&T-owned cable newser to promote his Golden Globe nominated The United States vs. Billie Holiday, Empire co-creator Daniels was unabashed in his response to the attempted coup by Donald Trump and his supporters. At the same time, the Oscar nominee turned the spotlight on the racist foundations of the Confederate flag waving insurrectionists and the Trump-led Republican party that fanned the flames.

“We’d been locked up, we’d been shot at, we’d been …I can’t even imagine what would have happened,” Daniels told Lemon of what would have happened at the barely guarded Capital near a month ago if the crowd had been Black instead of the barely touched and overwhelming white invaders. “And it really is a statement about where we are in America,” Daniels added, just days before the second Impeachment trial of the former Celebrity Apprentice host is due to start on February 9 in the Senate.

Set to launched on Hulu on February 26, the Andra Day-led Billie Holiday focuses on the relentless hounding of the jazz legend by the feds over her performance of the anti-lynching ballad “Strange Fruit.” As the FBI plant drugs on addict Holiday in the 1940s, and try to break her personally and professionally, the singer’s activism evolves and grows to become a vital part of the Civil Rights movement. Based on Johann Hari’s 2015 Chasing the Scream: The First and Last Days of the War on Drugs book, the Daniels helmed and Suzan-Lori Parks penned film was nominated earlier this week for two Golden Globes – Best Actress for Day and Best Original Song for “Tigress and Tweed.”

Still, for Daniels, even with the Holiday movie based on fact, the madness of our current reality leaves a biopic or fiction far behind – at least in the believability realm.